Home » Gluten Free Information » Celiac Disease vs. Gluten Intolerance: What Do You Have? 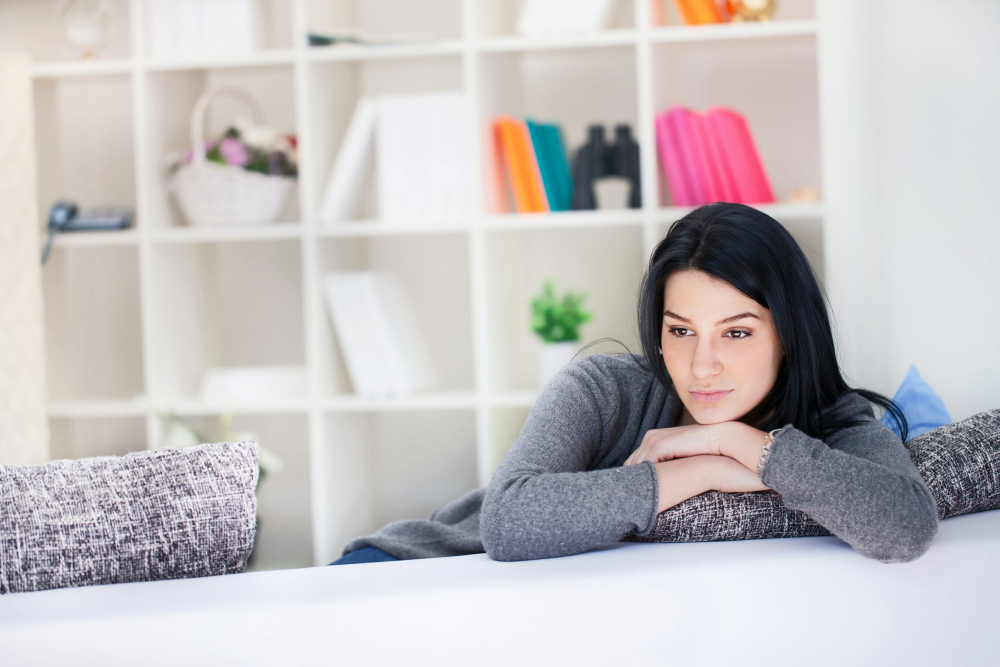 Celiac disease and gluten intolerance (also known as non-celiac gluten sensitivity) are different yet similar disorders. In this article, I’ll discuss each disorder and help you understand why people often confuse the two. This post contains affiliate links and information you can discuss with your healthcare provider. Please see my disclosures.

Millions of people in the U.S. and worldwide are avoiding gluten, a protein found in wheat, barley, rye and derivatives of these grains, either due to a celiac disease diagnosis, or because they innately feel like gluten is making and keeping them sick.

With the spotlight on gluten and gluten-free diets, you might be wondering if gluten might be behind what is making – and keeping – you sick.

Firstly, I want you to know that reliable studies show that all humans – regardless if they celiac disease or gluten sensitivity – experience some sort inflammatory response upon consumption of gluten. This doesn’t mean everyone has an issue with gluten; but it may mean gluten could be the root cause of diseases that begin in the gut.

The sad truth is that 60 percent of American adults live with at least one chronic condition and 42 percent have more than one. These diseases bring about great emotional and physical costs, and put unsustainable financial burdens on the private and public sector. For most of these adults, they don’t know the root cause of their suffering.

In my many years of studying nutrition, I’ve come to realize that what you eat indisputably affects how you feel. Food can be used as a tool to heal our bodies or hurt our bodies. “Food is medicine,” the great Hippocrates, father of modern medicine, once said.

And while gluten-free diets have been made to look like “fad” diets by celebrities or those trying to eat a certain way to “fit in,” for those with a serious gluten disorder, like celiac disease and gluten intolerance, it’s far from a fad for them.

No one wants to pay more money, eat less-delicious food (at times), or feel like a social pariah just for the bragging rights to say they’re on a gluten-free diet.

If you’re experience any sort of chronic inflammation or pain, you may be questioning your relationship status with gluten. But before you say goodbye to gluten, let’s first understand celiac disease vs. gluten intolerance, and what may be affecting – or afflicting – you.

My award-winning book, Dear Gluten, It’s Not Me, It’s You, chronicles my journey to break up with gluten and heal my body and soul in the aftermath.

What is Celiac Disease?

Celiac disease is an autoimmune disease signaled by an immune system attack on the small intestine.

Every time someone with celiac disease eats gluten (the trigger food), white blood cells produce antibodies that mistakenly attack the lining of the small intestine, resulting in intestinal damage and villous atrophy.

The microvilli surrounding the small intestine is completely worn down in someone with celiac disease. It looks more like a smooth, flat surface rather than finger-like flowing follicles.

The small intestine serves an essential role in your digestive system and overall well-being. It’s responsible for helping you absorb nutrients from the food you eat, and then it helps to distribute those nutrients to every cell in your body.

With a malfunctioning or damaged small intestine, people with celiac disease experience are nutrient deprived and experience a slew of related symptoms such as fatigue, anemia, infertility, low bone density, dental and oral issues such as canker sores and geographic tongue, mental idosrcers, skin rashes, failure to thrive, and more.

How Many People Have Celiac Disease?

According to Dr. Alessio Fasano, one of the world’s leading celiac disease researchers, about 1 in 100 people, or 1 percent of the U.S. population, has celiac disease.

This puts celiac disease as humankind’s most prevalent genetically-linked disease, occurring much more frequently than type 1 diabetes, cystic fibrosis or Crohn’s disease, according to  Dr. Fasano in his book, Gluten Freedom.

What is Gluten Intolerance?

Gluten intolerance, also known as non-celiac gluten sensitivity, has only just started to be recognized as a real medical disorder. Unfortunately, gluten intolerance isn’t take seriously by the medical community despite millions of people testifying that avoiding gluten makes them feel better.

On top of that, there is a lot of confusing information about how to classify gluten intolerance (if it’s not an autoimmune disease, what is it?), as well as a lot of controversy about how to diagnose and treat it.

When someone is gluten intolerant, it means they experience some sort of inflammatory response every time they consume the protein.

Unlike people with celiac disease who experience villous atrophy, people with non-celiac gluten sensitivity experience no changes to their microvilli.

While gluten intolerance is considered a gluten-related disorder, is not classified as an autoimmune disease at this time.

However, gluten intolerance, if untreated, can be just as serious, and arguably more serious, than celiac disease due to most people with the disorder not taking their diet as seriously as someone with celiac disease.

How Many People Have Gluten Intolerance?

Now that I’ve explained celiac disease and gluten intolerance in detail, I want to outline the main differences and similarities between the two gluten-spectrum disorders.

Exposure to gluten in both celiac disease and gluten intolerant patients can result in similar symptoms, including but not limited to gastrointestinal disorders, skin conditions, bone, joint and muscle pain, nutritional deficiencies, mental health disorders, and oral or dental diseases.

If you suspect your body reacts poorly to gluten, you should get tested for celiac disease and, if negative, tested for gluten sensitivity before implementing a gluten-free diet. Read my article, STOP! Don’t Go Gluten-Free Until You Read This.

While both gluten disorders require a blood test, the tests are looking for different things.

Unlike celiac disease, there are no approved biological markers for testing for gluten sensitivity.

Leading gluten disorder expert, Dr. Tom O’Bryan, author of The Autoimmune Fix, recommends testing for a gluten sensitivity via Cyrex Labs, which examines a variety of gluten peptides that may indicate your body’s distaste for gluten. Other experts recommend an elimination diet to ascertain if gluten is root cause of your woes.

People with non-celiac gluten sensitivities tap into the body’s innate (nonspecific) immune system. Innate immunity is the body’s first defense against foreign invaders that want to attack your cells, such as viruses, bacteria, parasites.

Your innate immunity occurs naturally, as it’s “innate.” In order for a pathogen to attack your cells, it’s going to have to get past your innate immune response first.

On the other hand, people with celiac disease experience an adaptive (or acquired) immune system response to gluten over time.

Adaptive immunity is your body’s second line of defense against invaders and is much more complex.

Once an invader (gluten) is introduced in the body, the adaptive immune system creates an army of immune cells designed to attack that specific antigen. The immune system remembers those antigens so it can initiate future attacks more efficiently.

A 2009 study published in the Journal of the American Medical Association (JAMA) set out to understand mortality rates associated with gluten disorders. This is the largest study ever published on this topic.

In other words, someone with gluten sensitivity has a higher risk of early death than someone with celiac disease.

(7) Prevalence of other diseases

However, it’s important to note that many researchers say gluten sensitivity is a precursor to autoimmune disease, and Dr. O’Bryan makes a clear argument for this in his groundbreaking book. This means both disorders, if left unmanaged, put you at higher risk for accumulating additional autoimmune diseases.

What Do You Have?

If you eat gluten and believe experience unwanted symptoms as a result, it’s important you talk to your doctor about whether you might have celiac disease vs. gluten intolerance.

Step #1: The first step to figuring out if gluten is to blame is to rule out celiac disease. Talk to your doctor about taking a simple blood test. If the test is positive, you have celiac disease and your doctor will likely follow up your diagnosis with an endoscopy procedure to biopsy the small intestine.

Please read my article, How to Get Tested for Celiac Disease, to better understand the testing process, as well as learn more about an at-home celiac disease test where you can test yourself for celiac disease in the comfort of your own home.

Step #2: If there is no evidence of celiac disease, but you still have an inflammatory reaction every time you eat gluten, you likely suffer from non-celiac gluten sensitivity.

There are blood tests available from Cyrex Labs that can test for gluten sensitivity (your doctor must order these labs – be sure to show him/her exactly what you want and be firm in your request as many doctors are unaware these tests exists as it is well beyond their scope of training or knowledge).

Remember, in order to be tested for celiac disease or gluten intolerance, you must be eating gluten. Do not initiate a gluten-free diet until you’ve ruled out celiac disease and have been tested for gluten sensitivity. I discuss the many reasons why you must get tested first before you go gluten free in this important article.

If you have been following a gluten-free diet for awhile, but still want to get tested for celiac disease and/or non-celiac gluten sensitivity, please read my article, Should You Take the Gluten Challenge?

Step #3: If your non-celiac gluten sensitivity test is also negative, talk to your doctor about if something more may be at play. Not everything can be blamed on gluten.

At-Home Celiac Test: Is It Reliable?

Can Celiac Disease Kill You?

12+ Must Read Books about Celiac Disease and Gluten-Free Living