Home » Gluten Free Information » Does Gluten Cause Inflammation in Everyone? 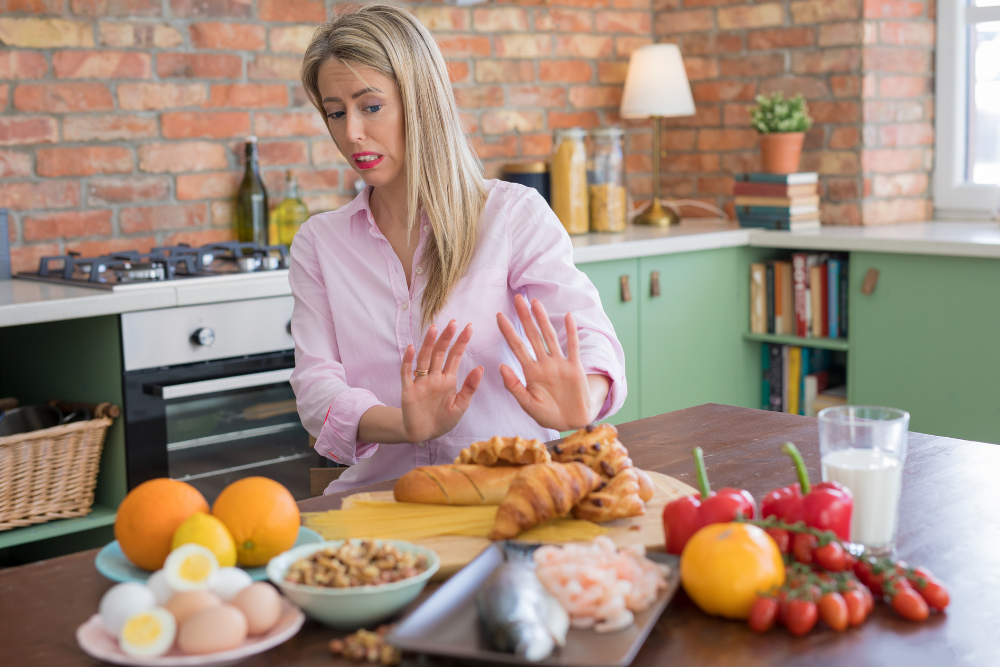 A lot of people wonder if gluten causes inflammation in everyone or just in people with gluten disorders. I’ll get to the bottom of this controversial topic. This post contains affiliate links. Please read my disclosures.

Gluten disorders are real, serious and I hope you’re paying attention if you even have a passing thought that gluten might be behind your fill-in-the-blank ailment.

I’m not trying to scare you with such dramatic information, but I do think you deserve to know the truth.

Whether you have celiac disease or gluten sensitivity, or you simply enjoy eating gluten, a protein found in wheat, rye, barley and sometimes oats, you need to read this article.

There is science-backed evidence to suggest that gluten may be damaging your body in more ways than you may realize. This damage is not just happening in people with celiac disease; but also it’s happening to all who eat gluten.

Is Gluten Bad For You?

I’m careful not to tell people that a specific food group is “bad” for them, however, if the evidence is clear, I can’t help but speak up.

We know, without a doubt, that consuming tobacco is “bad” for us, as is sugar, particularly in excess. These are widely accepted truths.

But what about gluten? Is gluten just trendy to give up like a passing celebrity fad (47 percent of people say gluten free is just a fad, according to Mintel Research)? Or is gluten a real threat to human health?

If you have celiac disease, yes, gluten is bad for you. In fact, gluten causes your immune system to attack your small intestine.

The small intestine is responsible for absorbing and distributing nutrients from the food you eat to the rest of your body. A damaged small intestine can lead to a slew of annoying symptoms, more disease, and eventually may lead to your death.

Gluten should be avoided by people with celiac disease like the plague.

However, people with gluten intolerance, also known as non-celiac gluten sensitivity (NCGS), may wonder if gluten is no good for them even if it doesn’t cause an autoimmune reaction as devastating as the one caused by celiac disease.

A team of researchers from Italy shed light on this topic and found that those with gluten sensitivity possess high levels of a molecule called zonulin.

Before I can explain why zonulin matters, let me first explain what it is.

Zonulin is a protein that helps to regulate the “leakiness” of the gut. It’s responsible for opening and closing the spaces, known as the intestinal tight junctions (“tight junctions”), between the cells lining the digestive tract.

In healthy individuals, zonulin is triggered by a harmful bacteria. Your body will produce high levels of zonulin to help trigger it to flush out the bacteria and bugs (i.e. diarrhea). Once your body rids of the pathogen, the tight junctions close and zonulin production subsides.

Enter a team of Italian researchers. They set out to measure the levels of zonulin in (1) people with celiac disease, (2) people with irritable bowel syndrome (IBS), (3) people with gluten sensitivity, and (4) healthy volunteers.

Subjects with celiac disease and gluten sensitivity had high levels of zonulin in their blood, while those with IBS displayed only elevated levels. Healthy volunteers experienced little or no increased zonulin levels.

Dr. Fasano, told NPR, “No human being completely digests gluten. And in a small percentage of us, that undigested gluten triggers the release of zonulin.”

He added that many illnesses link back to loss of barrier function in the gut, and figuring out how to regulate zonulin production could lead to better treatment options for people with celiac disease and gluten sensitivity.

Is Gluten “Bad” For Everyone?

Now that it’s easy to see how gluten is up to no good in people with celiac disease and gluten sensitivity, you might also wonder if it’s no good for the rest of the “healthy” population as well.

While healthy people do not have increased zonulin levels, something Dr. Fasano said stuck with me. He said, “No human being completely digests gluten.”

That means gluten is something we eat and excrete. It’s useless to us otherwise.

On top of that, additional research from Dr. Fasano suggests that a protein in gluten, gliadin, is not only indigestible, but also that it causes inflammation – via intestinal permeability – in ALL who eat it.

The researchers fed participants all strains of wheat and found that all four groups had the genes activated for intestinal permeability when exposed to wheat. This occurred in the subjects that had no known problem with gluten.

In other words, after all of the subjects ate wheat, all of their intestines showed signs of damage and inflammation. This damage came regardless if the person was on the gluten spectrum or not.

I first heard about this study from the leading gluten sensitivity doctor in the world, Dr. Tom O’Bryan. He wrote about it in his book about autoimmunity, which I highly recommend. (Dr. O’Bryan also wrote the foreword to my book, Dear Gluten, It’s Not Me, It’s You.)

What Does This Mean?

Much research needs to be done to understand what all of this means.

The one thing we know for certain is that people with celiac disease and gluten sensitivity must avoid all gluten, even bits of gluten resulting from gluten cross contamination.

For the rest of the population, researchers haven’t fully articulated what this research means. Humans have been eating gluten for thousands of years and have been fine, so why stop eating it now?

Dr. O’Bryan says in his book that every time anyone – not just someone with gluten sensitivity or celiac disease – eats gluten, it tears at their intestinal lining. He says the lining will heal and restore itself as it should, especially in healthy people.

However, he adds, at any sign of a weakened immune system and/or after being overworked day after day, meal after meal, the body will give out and the small intestine lining fails to fully repair and restore. As a result, it will become leaky. It begins to show signs of continuous abuse. And when that happens, that’s when disease rears its ugly head.

Getting Tested for Celiac Disease and Gluten Sensitivity

The only way to know if you have celiac disease is to take a simple blood test that you can request from your doctor. You can also try this at-home celiac disease test kit, which is just as reliable. Read more about How to Get Tested for Celiac Disease.

Getting tested for non-celiac gluten sensitivity is a little more difficult, and there isn’t consensus on how to do it.

That said, Dr. O’Bryan talks a lot about the Wheat Zoomer Test. This test evaluates you for celiac disease, non-celiac gluten sensitivity, non-gluten wheat sensitivity, and autoimmune processes triggered by gluten. It also can help you identify intestinal permeability (leaky gut syndrome) as well as bacterial lipopolysaccharides (LPS), which contributes to intestinal permeability.

Another test for gluten sensitivity is the Cyrex Array 3A test (Wheat/Gluten Proteome Reactivity & Autoimmunity), which you can order online or talk to your doctor about ordering for you.

You can read more about how to get tested for gluten intolerance in this article.

While no one can definitively say that gluten is “bad” for all people, the research is showing that gluten is definitely up to no good for a large and growing percentage of the population.

And with explosive research suggesting that gluten causes intestinal permeability (leaky gut) in all whom eat it, you can be certain that more research is coming to explore this phenomenon further.

In the meantime, those with celiac disease and gluten sensitivity should stay away from the sticky protein. For the rest of you, the research is still fledgling at best and does not justify a gluten-free diet for all.