Home » Gluten Sensitive » Should You Take the Gluten Challenge? 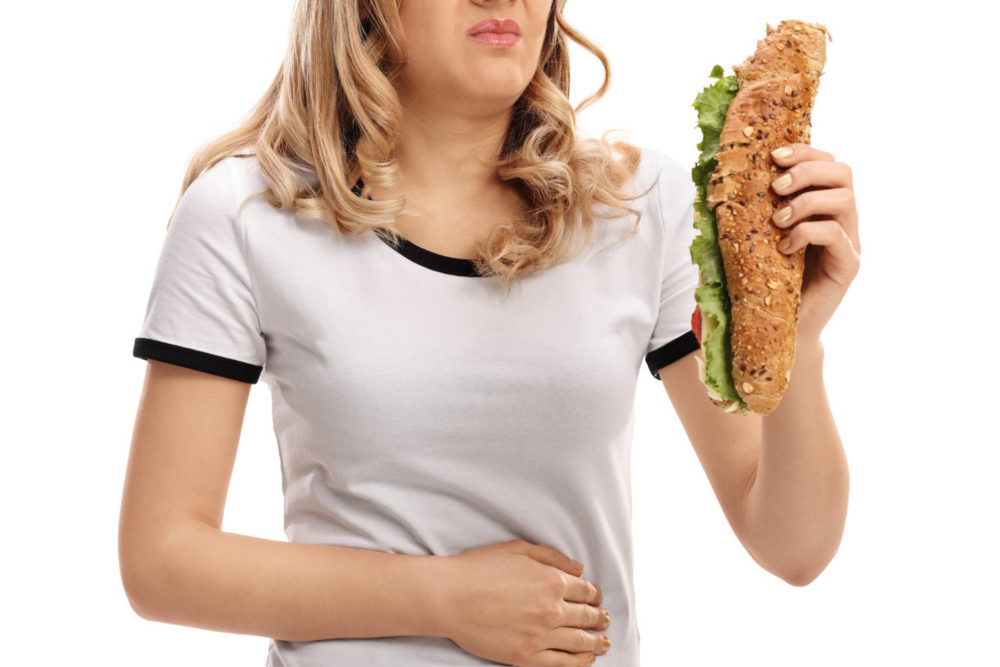 Maybe you went gluten free before you got tested for celiac disease and you’re considering taking the Gluten Challenge, a challenge that pushes people already on the gluten-free diet to eat gluten again in order to be tested for celiac disease. In this article, I’ll discuss the Gluten Challenge in detail as well as whether the effort of the challenge is worth the reward. This post contains affiliate links. Please read my disclosures and consult your doctor before making changes to your diet.

A friend, “Kate,” had a feeling gluten was bothering her. Many years ago she eliminated gluten from her diet and began to feel better. She even tried, on several occasions, to eat gluten again and, like most people who cannot tolerate gluten, she immediately fell ill. All her symptoms returned with a vengeance.

Kate clearly knows gluten is no good for her, yet she can’t help but wonder if she has celiac disease or a gluten intolerance.

Kate’s story might sound familiar to you. There are millions of people who have eliminated gluten and experienced a health turnaround. Most of them cannot fathom going back on gluten, yet none of them were tested for celiac disease or gluten sensitivity first, and they’re now curious to know which disorder they actually have.

In order to get tested for celiac disease (or gluten intolerance), you must be eating gluten. A celiac disease blood test cannot pick up antibodies to gluten, and the small intestine cannot become damaged, without the presence of gluten.

While it’s important to get tested for celiac disease before eliminating gluten for a number of important reasons which I detail in my article, STOP! Don’t Go Gluten Free Until You Read This Article, many people have eliminated gluten, experienced a vast improvement in their health, and now are left wondering what disorder they actually have.

In this article, I will talk about the Gluten Challenge, how it works, and if it’s something that’s right for you.

What is the Gluten Challenge?

The Gluten Challenge is the process of reintroducing gluten back into your gluten-free diet for the purpose of getting tested for celiac disease.

You must consistently be eating gluten in order for a celiac disease test to be accurate. Without the presence of gluten, the immune system does not make antibodies to gluten.

This doesn’t mean I don’t have celiac disease or have been cured; rather it means my celiac disease is in remission. If I began eating gluten again, my body would begin making antibodies to gluten again, my immune system would attack the healthy tissue surrounding my small intestine again, and my painful and annoying celiac symptoms would return once again.

When the experts disagree on exactly how much gluten you should eat on any given day, they do agree that you need to eat a meaningful amount of gluten for a prolonged period of time.

The process of adding gluten back into your diet can be a painful one, especially for someone who is symptomatic to gluten. Personally, the thought of eating gluten and sitting on the toilet for several hours each day sounds like torture!

This is why some people cannot tolerate eating gluten for the duration of the Gluten Challenge. It’s just too painful.

No matter how long someone can stand to eat gluten, a good doctor will still do a celiac blood test to look for antibodies to gluten, as well as biopsy of the small intestine to see if any damage has occurred. Sometimes, even a small amount of damage caused by gluten could be seen after a short time on the Gluten Challenge.

Why Take the Gluten Challenge?

Most people take the Gluten Challenge because they want to know, for sure, if they have celiac disease. This is because having an official celiac disease diagnosis could be beneficial in the following ways:

(1) Celiac Patients are Taken More Serious: People with celiac disease are often taken more seriously by friends, families, waiters and even the medical community. Unfortunately, a gluten intolerance, despite being very serious, isn’t as widely understood and therefore often dismissed as a made up disorder.

(2) Celiac Patients are More Likely to be Strict about their Diets: People with celiac disease are more likely to adhere to the gluten-free diet, where people with just a gluten intolerance may be more lacksidasicle in the management of their diet and perhaps not as concerned about something like gluten cross contamination.

(3) More Celiac Patients Means More Research and Interest: While the generally accepted number of people with celiac disease is about one percent of the population, many experts say that the rate of celiac disease is actually closer to three percent.

Unfortunately, researchers at Rutgers University found the rates of celiac diagnosis stagnant for the first time since 2009, which might be due to the fact that people go gluten free before first ruling out celiac disease. When someone doesn’t first rule out celiac disease, it becomes impossible to determine the true prevalence of the disorder.

Furthermore, as the number of cases of celiac disease rise, and the “true” number of people afflicted with the disorder comes to light, so does interest from researchers, doctors, pharmaceutical companies, food companies, restaurants, etc.

Furthermore, people with celiac disease might be able to take advantage of tax benefits. In some countries, like Italy, the government provides a stipend to celiac patients to help offset the high cost of gluten-free food.

Alternatives to the Gluten Challenge

Before you put yourself through the difficult Gluten Challenge test, you may be wondering if there is a better way to figure out if you have celiac disease beyond forcing yourself to eat gluten again.

You can ask your doctor for a genetic test, or take matters into your own hands and take this simple at-home celiac gene test, which involves only a simple cheek swab.

He said in a 2014 PDF titled “Reintroduce Gluten, “Clinically we see that about six out of every 10 people who are gluten free and do a test find that the results come back positive with elevated antibodies to the peptides of gluten.”

While it might be nice to know if you have celiac disease vs. gluten intolerance, the kicker is that the treatment is the same. Both disorders require a strict lifelong gluten-free diet without exception.

Plus, reintroducing gluten to your diet for the sake of testing for celiac disease may create more harm than good.

One study in the Journal of Pediatric Gastroenterology and Nutrition showed that most children put on the Gluten Challenge were not able to consume the full recommended amount of gluten due to roaring symptoms, and that, despite the small amounts of gluten consumed by the children, “all children showed signs of relapse at a clinical, laboratory, or histologic level.”

Furthermore, if you took the Gluten Challenge, but still tested negative for celiac disease, would you give yourself permission to eat gluten again because it’s just a gluten intolerance? Did you know that gluten intolerance is a very serious disorder too? Eating gluten again can put you at risk for all sorts of serious, life-altering and reversible diseases.

What Should You Do?

Ultimately, deciding whether or not to take the Gluten Challenge test is a personal decision. There is no right or wrong answer.

However, before taking the Gluten Challenge, consider first taking a celiac genetic test, as well as a celiac disease blood test to see if gluten antibodies are, by chance, detectable in your body since many people on the gluten-free diet may still be eating trace amounts of gluten.

Regardless of your decision, I hope you find the answers you’re looking for and peace with your decision and final diagnosis.