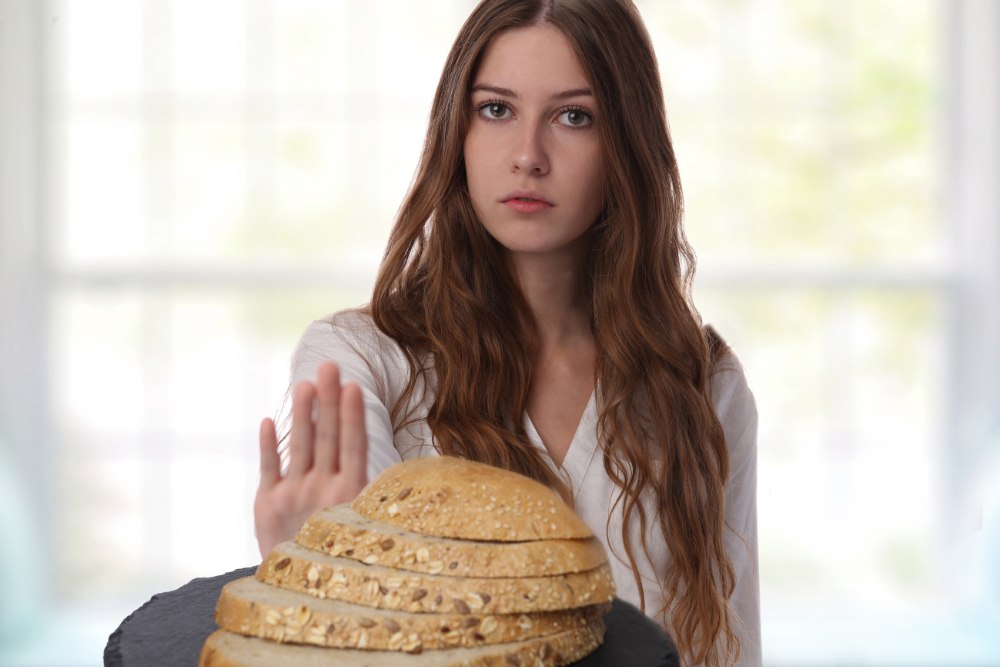 This article discusses whether gluten intolerance becomes more severe after a gluten-free diet and whether or not a person can become more sensitive to gluten over time. This post may contain affiliate links. Please read my disclosures.

Many people with celiac disease and gluten intolerance find that their gluten sensitivity worsens after they’ve been on a gluten-free diet for some time. Whereas they once could tolerate gluten, a sticky protein found in wheat, barley, rye, and sometimes oats, without an immediate and severe reaction, they now suddenly find themselves feeling like death after one small bite of it.

Sarah told me that she’s tired all the time. She says she always feels depleted. She’s a bit overweight and has unexplained chronic pain. She has been diagnosed with an autoimmune disease (not celiac). She’s complained to her doctor about a myriad of annoying symptoms, many of which her doctor cannot explain and have left Sarah feeling hopeless.

Sarah and I talked, and she decided to try the gluten-free diet. She had heard from other friends, too, that gluten might be the root cause of many of her symptoms and unexplained ailments.

After a few days on a strict gluten-free diet, Sarah began to feel better, and many of her ailments improved or disappeared. Over the next few weeks, Sarah lost a little weight, her skin cleared up, and she had more energy.

After a few months on a strict gluten-free diet, Sarah became tired of always having to eat gluten free, and she said she wanted to eat more freely, especially with a big trip on the horizon. Despite the advances she had made with her health, she decided to reintroduce gluten into her diet.

Within an hour of eating gluten, Sarah said she felt like death. She experienced severe bloating, urgent diarrhea, and a migraine that wouldn’t go away. Before implementing a gluten-free diet, she didn’t recall experiencing these symptoms to this harsh of a degree.

Sarah now laments that she used to be able to eat gluten without feeling instantly horrible, but now she can’t even tolerate a bite of gluten. Sarah now claims that she gave herself “severe” gluten intolerance. She says by following the gluten-free diet for the past few months, she “caused” a once minor gluten intolerance to worsen.

As Sarah described, people with celiac disease often say they, too, experience this heightened intolerance phenomenon.

For example, “Julie,” who has celiac disease, said she once was able to eat gluten just fine. She chronically felt sick, but eating gluten didn’t cause her to run for the toilets.

Recently, Julie described a story that is not uncommon in the gluten-free community. She was enjoying a meal at a restaurant with friends when she realized she accidentally took a bite of her friend’s non-GF meal. She wasn’t thinking. Within the hour, she experienced urgent diarrhea and a horrible migraine. She also said she felt sluggish for a few days after that.

Julie didn’t recall having urgent diarrhea or migraines before, and she now blames the gluten-free diet for making her intolerance to gluten worse.

Why Do Symptoms Worsen?

While there is no study to explain this, one reason gluten intolerance is heightened post-gluten-free diet is due to loss of tolerance.

For example, both Sarah and Julie have an issue with gluten now, but they used to be able to tolerate gluten without experiencing urgent and crippling symptoms. Now that they’ve been on a gluten-free diet for a while, both lost their tolerance to gluten.

An alcoholic, for example, has a high tolerance to alcohol and can drink a lot of it and still be functional. But once an alcoholic detoxes from alcohol, a small amount of alcohol will affect them due to this loss of tolerance. The effects of a small glass of alcohol are much more intense and cause the once-time alcoholic to become drunk faster.

Similarly, most people can consume gluten without feeling deathly ill because they have built up a functional tolerance to gluten. However, once they remove the protein from their diets, heal their leaky guts, and restore their depleted immune systems, they lose their tolerance and gain a heightened sensitivity to gluten.

Because of the loss of tolerance to gluten, it’s essential that people with celiac disease and gluten intolerance protect themselves against unwanted gluten exposure at all times, as even small crumbs from gluten cross-contact can affect them.

Why Is a Gluten Intolerance Forever?

Dr. Tom O’Bryan, the leading gluten-sensitivity doctor in the world and author of the bestselling book, The Autoimmune Fix, says that the immune system contains Memory B cells that protect humans from future exposures to toxins.

In other words, the immune system remembers gluten, and every time it spots gluten, it creates antibodies to it repeatedly. He says it doesn’t create Memory B cells to other foods, just gluten.

He discusses in his book that this phenomenon is known as loss of oral tolerance. It’s the moment when the body can no longer tolerate gluten (celiac) or wheat (non-celiac) and now experiences a pathogenic response to gluten and wheat.

Dr. O’Bryan says this loss of oral tolerance – and the resulting formation of Memory B cells to wheat – is the moment when “your body begins to betray itself,” and it’s often the start of autoimmunity. It’s also why Dr. O’Bryan says a person cannot outgrow or cure gluten intolerance.

Of Note: A small study found that some non-celiac gluten-sensitivity patients were able to reintroduce gluten to their diets successfully. The study included only 22 patients, and of the 22 patients, eight were able to reintroduce gluten without symptoms. (It’s unknown if the patients experienced other long-term adverse effects by reintroducing gluten or if they had even experienced gluten intolerance in the first place.)

Gluten intolerance is a bit of a misnomer because it insinuates that a person solely has an issue with gluten; however, the disorder should be called wheat intolerance or non-celiac wheat sensitivity. Most people with gluten intolerance react to gluten AND other non-gluten components of wheat, such as farinins, globulins, and alpha-amylase/protease inhibitors.

Testing for wheat intolerance is relatively new, and the research is fledging. However, the Wheat Zoomer test, recommended by Dr. O’Bryan, assesses if a person’s immune system produces antibodies not only to gluten but also to non-gluten components of wheat. (Learn about the Wheat Zoomer test here, and order it via Dr. O’Bryan’s website.)

While these antibodies may signal an intolerance to a specific food, they might also signal that someone has a leaky gut and everything they’re eating is literally “leaking” into the bloodstream. Alas, a food sensitivity test might be picking up on the foods a person is eating (which are leaking out of their gut) vs. a specific food intolerance.

Unfortunately, many so-called “experts” spread dangerous misinformation about gluten intolerance and celiac disease. Sadly, some of these charlatans have large followings and significant influence.

One such person spreading misinformation about celiac disease and gluten intolerance is nutritionist Elissa Goodman. She says she has celiac disease.

Goodman went on the Maria Menounos podcast to talk about how she put her celiac disease into remission and now eats gluten again.

Menounos asks her, “So when you’re in remission with celiac, can you eat bread again?”

Later in the interview, Goodman wrongly says gluten intolerance is caused by “overeating” gluten, and when someone removes gluten from their diet, their intolerance “goes away.”

The truth is doctors don’t know what causes gluten intolerance (people just have it). While someone’s symptoms may go away when they’re on a gluten-free diet, their gluten intolerance is a lifelong affliction that will resume once they start eating gluten again.

Again, overeating gluten won’t cause gluten intolerance; instead, eating gluten again, particularly after a period on a strict gluten-free diet, will only spotlight a disorder someone already has due to loss of tolerance.