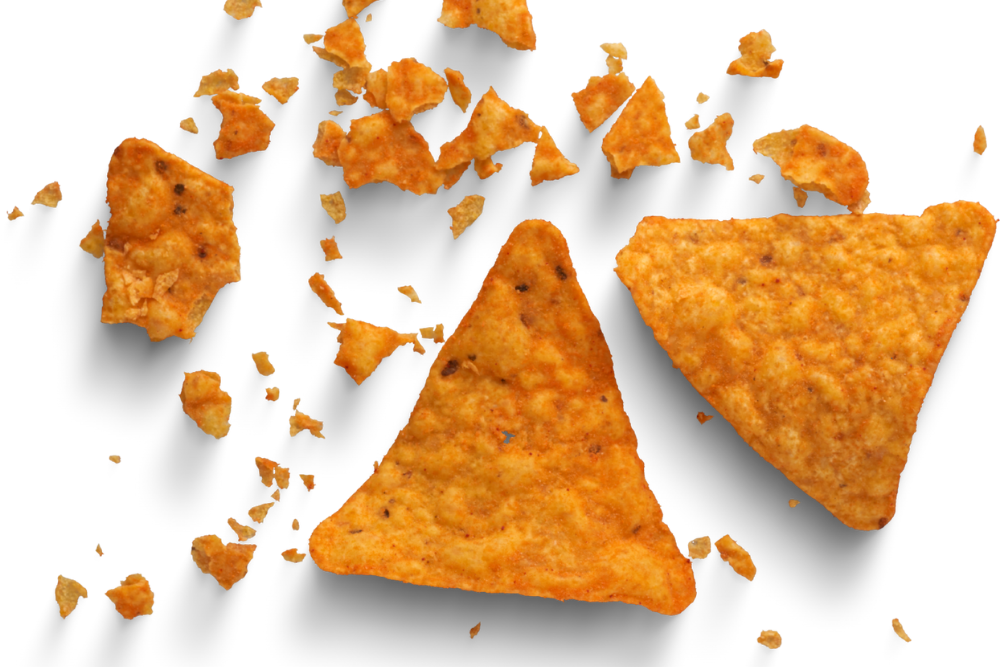 In this post, I discuss whether Doritos are gluten free as well as provide a list of chips that are gluten free. I also reveal how these chip brands fared when put to the hidden gluten Nima Sensor test. This post contains affiliate links. Please see my disclosures.

Whether it’s summer BBQ season, you’re feeding a crowd to watch the big game, you’re packing your child’s lunch, or you’re settling in on the couch to munch on chips and watch Netflix, it’s important to know if Doritos – as well as other popular chip brands – are gluten free and safe for you to enjoy on the gluten-free diet.

Gluten is a protein found in wheat, barley, rye and sometimes oats, and the gluten-free diet is a medically necessary diet for the millions of people with celiac disease and gluten sensitivities.

I tested Doritos and other chip brands for hidden gluten using a portable gluten-detecting device called the Nima Sensor.

The Nima Sensor is one of my all-time favorite gadgets. It’s a portable gluten-detecting device that enables you to test your food for hidden gluten.

While the Nima Sensor has gone through some turmoil over the years in terms of production and mismanagement, it’s now under new management and you can purchase the device and test capsules again.

And I assure you, despite the naysayers, this device is protecting the gluten-free community like no other device can. It’s extremely accurate and reliable when used correctly, and it keeps you healthy by ensuring the food you’re about to eat is really gluten-free safe. No more trusting brands and restaurants to get gluten free right.

In this post, I share with you whether some of the more common chip brands contain gluten, and I’ll test each one with my Nima Sensor, just to give you an added level of reassurance.

While I personally don’t care for Doritos, I’ve been asked by several people in my community to test them for hidden gluten.

In my research of Doritos, I found the following information:

The Nima Sensor is highly accurate at sniffing out gluten even below the 20 ppm FDA-set threshold. (Some critics even say it’s “too accurate” or “too sensitive”, if there is such a thing.)

I tested Doritos with my Nima Sensor and it did not find any hidden gluten.

Based on both the ingredient list and the Nima Sensor test, I personally feel good about eating them, but of course, the decision is ultimately up to you.

Please note a smiley face on the Nima Sensor means the product tested does not contain gluten. If Nima finds gluten, it displays a wheat symbol and “Gluten Found” message.

Another reader asked me to test Cool Ranch Doritos for hidden gluten.

Remember, however, the only Doritos that is labeled gluten free is the Simply Organic White Cheddar-flavored Doritos. This means Frito Lay has not tested the Cool Ranch Doritos to ensure it contains less than 20 ppm of gluten.

The good news is that Nima Sensor did not find any gluten in the Cool Ranch Doritos. Again, between examining the ingredient and a negative Nima Sensor test, I would feel comfortable eating these chips, but of course, the decision is ultimately up to you.

I also tested the Doritos Locos Taco at Taco Bell for hidden gluten. The results aren’t as promising as these. Read, Eating Gluten Free at Taco Bell (Nima Tested), for the full scoop.

Yes, Cheetos are labeled gluten free and you can see the gluten-free claim on many Cheetos bags.

I independently tested Cheetos for hidden gluten with my Nima Sensor, and Nima did not find any gluten either – whew!

Fritos are a staple in my house and they taste amazing when atop my Slow Cooker Chicken Enchilada Soup, a recipe I make twice per month (sometimes more!).

Frito Lay lists the following Fritos varieties as gluten free, and the gluten-free label is found on each individual bag.

The Nima Sensor came back with a smiley face (no gluten found), confirming that Fritos are indeed gluten free.

Other Frito Lay chips that are also gluten free (although I didn’t independently test them), include:

One of my favorite chips to snack on are the Rolled Corn Tortilla Chips (chili and lime flavor) from Trader Joe’s. These chips contain a gluten-free claim on the bag, and, when put to the Nima Sensor test, they tested gluten free. As you can see below, the Nima Sensor is all smiles.

You can view other Trader Joe’s products I put to the hidden gluten test in this article.

Find out if Takis are gluten free in this article, Are Takis Gluten Free? Tested for Hidden Gluten With Nima Sensor.

My kids love Veggie Straws. They are perfect for happy snacking.

Each bag is labeled gluten free, and the Nima Sensor was all smiles too.

I independently tested the brand for hidden gluten, and the Nima Sensor did not find any gluten in either Late July flavor.

A lot of people ask me if Pringles are gluten free, and the answer is no, they are not. Pringles contain wheat starch as you can see from this screenshot of the Pringles ingredient list.

That said, if you love Pringles, I highly recommend you try Good Crisps. We call them gluten-free Pringles.

You can find Good Crisps at many Walmart stores or online on Amazon.

Missing a Chip You Love?

Am I missing a chip you love from this list? Want me to test your favorite chip brand for hidden gluten?

Please leave a comment and let me know what chip brand you want me to test with my Nima Sensor next.

See how these other products/brands/restaurants fared when put to the Nima Sensor test:

Learn more about the Nima Sensor in these articles: