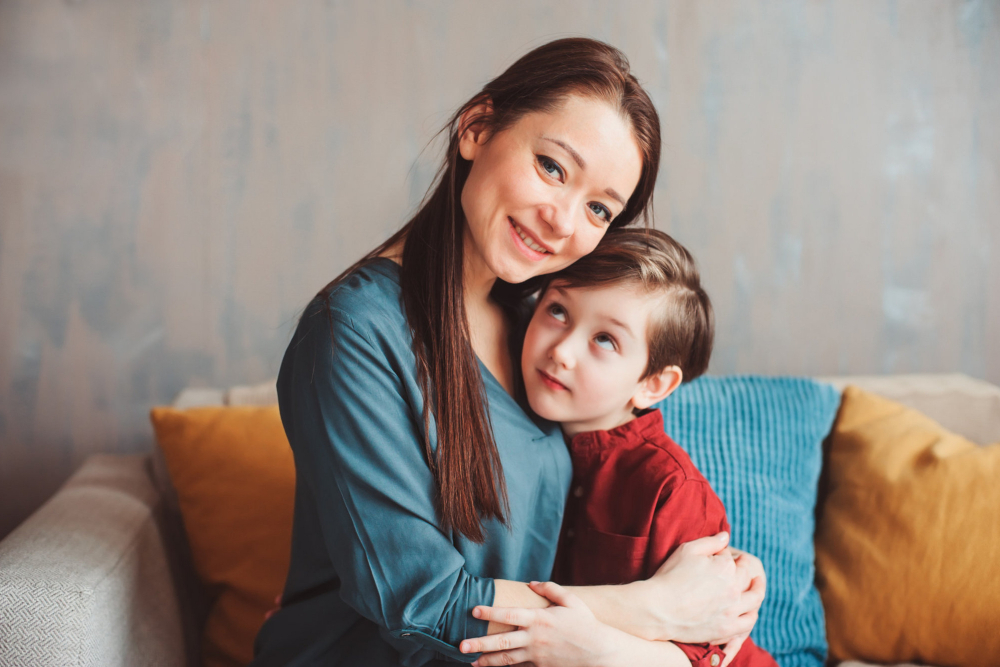 This article answers the question, Is Celiac Disease Genetic, and discusses whether celiac disease runs in families is not to be used as a substitute for medical advice and contains affiliate links. Please read my disclaimers and disclosures here.

Celiac disease is a serious autoimmune condition that affects about one percent of the U.S. population or 1 in 100 people.

When someone with celiac disease eats gluten, their immune system gets confused and launches an attack on the healthy tissue surrounding the small intestine, leading to a variety of unpleasant, life-threatening symptoms.

Related Article: What is Celiac Disease?

Celiac disease can “turn on” at any time in one’s lifetime. Sometimes children are born with it, however, more often adults develop it over time.

The average age of diagnosis is in the 4th and 6th decades of one’s life, and 20 percent of people are being diagnosed with celiac disease over the age of 60.

The Not-So Mystery of Celiac Disease

Celiac disease is the only autoimmune disease in the world in which the trigger (gluten) is known.

Researchers know that when someone with celiac disease eats gluten, their immune systems go into full blown attack mode.

There are three things that all people with celiac disease have in common:

(1) They are all genetically predispositioned to get the disease. Researchers have identified that all celiac disease patients carry one of two genes, HLA-DQ2 and HLA-DQ8.

However, your genes do not determine your fate. More on that below.

(2) All people with celiac disease are eating gluten, a protein found in wheat, barley, rye and sometimes oats. Gluten is the trigger that causes the immune system to attack otherwise healthy tissue.

(3) All people with celiac disease have some sort of intestinal permeability episode (aka, leaky gut).

Perhaps poor gut health is triggered by a virus, a round of antibiotics, or some sort of trauma. Interestingly, the virus, mononucleosis, has been linked to an increased risk for celiac disease, as have other viruses as noted in this NPR article.

Is There a Higher Risk for Celiac Disease in Families?

Since celiac is a hereditary, genetic disease, it begs the question whether first degree relatives – including parents, children and siblings – are at higher risk of getting celiac disease.

The answer is yes, there is a higher risk for celiac disease among immediate family members, and yes, celiac runs in families.

First, genes can be passed on to family members. If one family members carries the gene, the gene either came from one or both of his or her parents, and the gene was likely passed down to one or more of that person’s children.

In a study published in the Journal of Pediatric Gastroenterology, researchers found a 4.8 percent prevalence of celiac disease in first-degree relatives of patients already diagnosed with the disorder.

The researchers concluded, from these results, that screening for first degree relatives be mandatory when someone in a family unit is diagnosed with celiac disease.

A simple blood test, like this one you can do at home, is the best way to screen first-degree relatives for celiac disease. More on this later.

Related Article: How to Get Tested for Celiac Disease

Another study by the Mayo Clinic confirmed a higher incidence of celiac disease in first-degree relatives as well.

Researchers found that 44 percent of screened first-degree relatives had celiac disease, and of those patients, 94 percent had atypical or no symptoms.

Another study in BMC Gastroenterology found a higher risk for celiac disease in first degree relatives too (4.2 percent vs. 1 percent).

Furthermore, the Celiac Disease Center at the University of Chicago says that first-degree relatives with celiac disease test positive for celiac disease between five and 10 percent of the time, and second-degree relatives (aunts, uncles, grandparents and cousins) test positive for the disorder approximately 2.5 percent of the time.

What This Means For You

This means that there is a higher risk for celiac disease in immediate family members.

The good news is that the you can easily and quickly get screened via a simple blood test, like this one you can do at home.

Related Article: Is Your Baby at Risk for Celiac Disease?

If your test comes back negative despite being a first degree relative of someone with celiac disease, be reminded that celiac disease may still develop over time.

The Celiac Disease Center at Columbia University Medical Center says “children should be tested with a celiac panel starting at age 5 to 7 years and repeated at 3 to 5 yearly intervals, unless there are behavior problems, gastrointestinal or neurological symptoms or growth problems, when earlier testing should be performed.”

A study conducted by the Department of Medicine at Columbia University confirmed this notion as well.

In a study of 171 family members with an initially negative endomysial antibody (aka, negative celiac disease test), six (3.5 percent) had a positive celiac disease upon a repeat test despite none of the participants experiencing any changes in symptoms.

The evidence in clear; screening should be done continuously throughout your lifetime if someone in your immediate family has celiac disease.

If you have a relative with celiac disease, and would like to know if you also have one of the two celiac genes, I recommend you consider undergoing genetic testing.

A genetic test can help you uncover whether you carry one of the genes and if it’s medically necessary for you to continually monitor and test yourself for celiac.

I have celiac disease, so naturally I suspected that my son might have it or might one day get it based on some of his symptoms.

You can read more about my process to get a genetic test for my son and how you, too, can see if you carry one of the celiac disease genes.

Genetic testing also can be helpful for anyone who may have implemented a gluten-free diet before ruling out celiac disease. It can indicate if you’re genetically predisposed to celiac disease and if you need to go back on gluten – via the Gluten Challenge – to get “officially” tested for celiac.

If you’ve been diagnosed with celiac disease, pick up the phone and call all of your first degree relatives to encourage them to get tested.

They can easily test themselves for celiac disease at-home (no doctor visit required). Getting screened for celiac disease should be a no brainer for all immediate family members (and even second-degree relatives too) as early detection of celiac disease is crucial if you want the best outcomes for all.

Discuss with your doctor and/or health care providers all testing options. Regardless if you get tested at-home or in your doctor’s office, do it.

Celiac disease tends to run in families, and this should serve as your prompt to regularly screen yourself and loved ones.