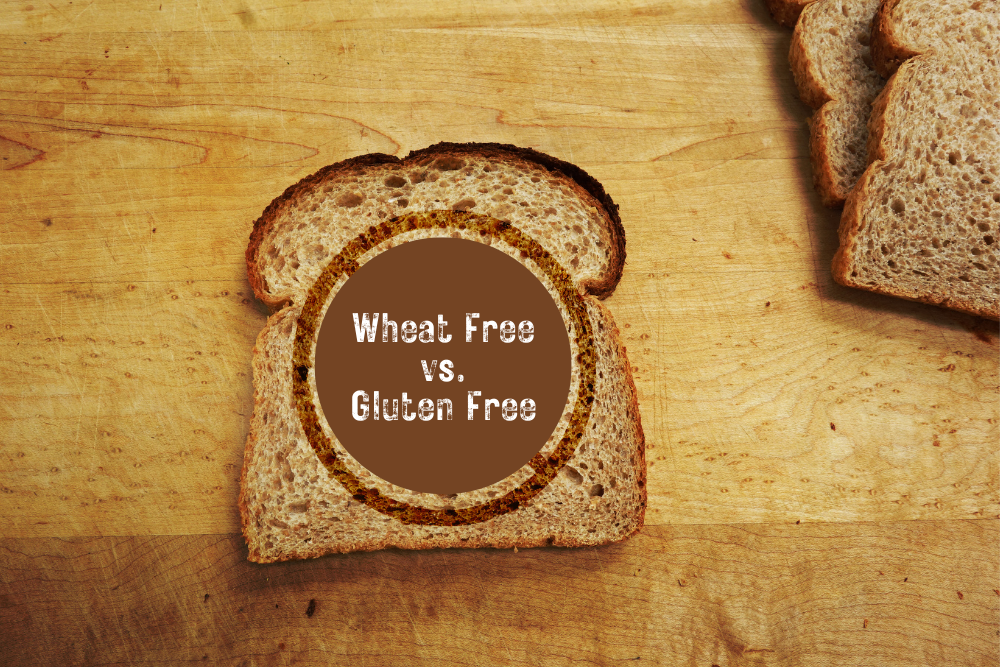 In this article, I’ll help you understand how this is possible, as well as share some strategies to help keep you safe.

If a product is labeled wheat free, it means the product doesn’t contain any wheat. Wheat is considered one of the top 8 allergens in the world and approximately 2.4 million people in the US have a wheat allergy according to Food Allergy Research & Education (FARE). However, just because a product is wheat free, doesn’t automatically mean it’s gluten free.

In fact, a product can still contain gluten even if it’s wheat free because gluten is found in more than just wheat; it’s also found in barley, rye and sometimes oats. A product may not contain wheat, but it absolutely could contain barley, rye or oats.

For example, Rice Krispies are wheat free, yet they contain barley malt, which is not gluten free. Even barley is technically wheat free!

A product labeled “gluten free” means the product abides by the FDA’s gluten-free labeling laws, meaning it must contain less than 20 parts per million (ppm) of gluten, a maximum threshold set by the FDA. It also does not contain any gluten ingredients, which are found in wheat, rye, barley and sometimes oats.

However, some products still contain wheat and are labeled gluten free, including:

I even indepently tested several of these products for gluten with my Nima Sensor, and both came back gluten free (a smiley face means no gluten found).

Another product that is technically gluten free but may contain wheat remnants is distilled vinegar as the vinegar may have been distilled from a gluten grain. Vinegar is found in many condiments, like ketchup.

Distillation removes the gluten protein, making it safe for people with celiac disease to consume; however, while the product is technically gluten free, it may still contain wheat. Individuals with a wheat allergy should look for vinegars distilled from non-wheat grains like corn or use apple cider vinegar, which is derived from apples.

People with a wheat allergy should also be careful when eating products that are harvested in similar fields as wheat, including oats and lentils, due to the potential for wheat cross contamination.

A lot of people report feeling ill after consuming gluten-free wheat starch, and here’s why this might be happening.

First, people with wheat allergies should not consume any product that contains wheat, including gluten-free wheat starch and products where the gluten is removed but were originally derived from wheat (vinegar, alcohol, etc.).

Second, people with non-celiac gluten sensitivity (NCGS), which really should be called non-celiac wheat sensitivity (NCWS), may be reacting to other components of the wheat plant, not just the gluten protein. More than 18 million people, or six percent of the U.S. population, suffer from NCGS/NCWS.

This blood test will tell you which components of wheat cause your body to make antibodies. You may be surprised to see that your body is reacting to more than just the gluten protein.

If you have celiac disease, you can consume gluten-free labeled products that contain wheat starch, but you should avoid products labeled “wheat free” – unless also labeled “gluten free” – because they may contain barley, rye or oats. Read labels carefully and eat in a way that is good for you.