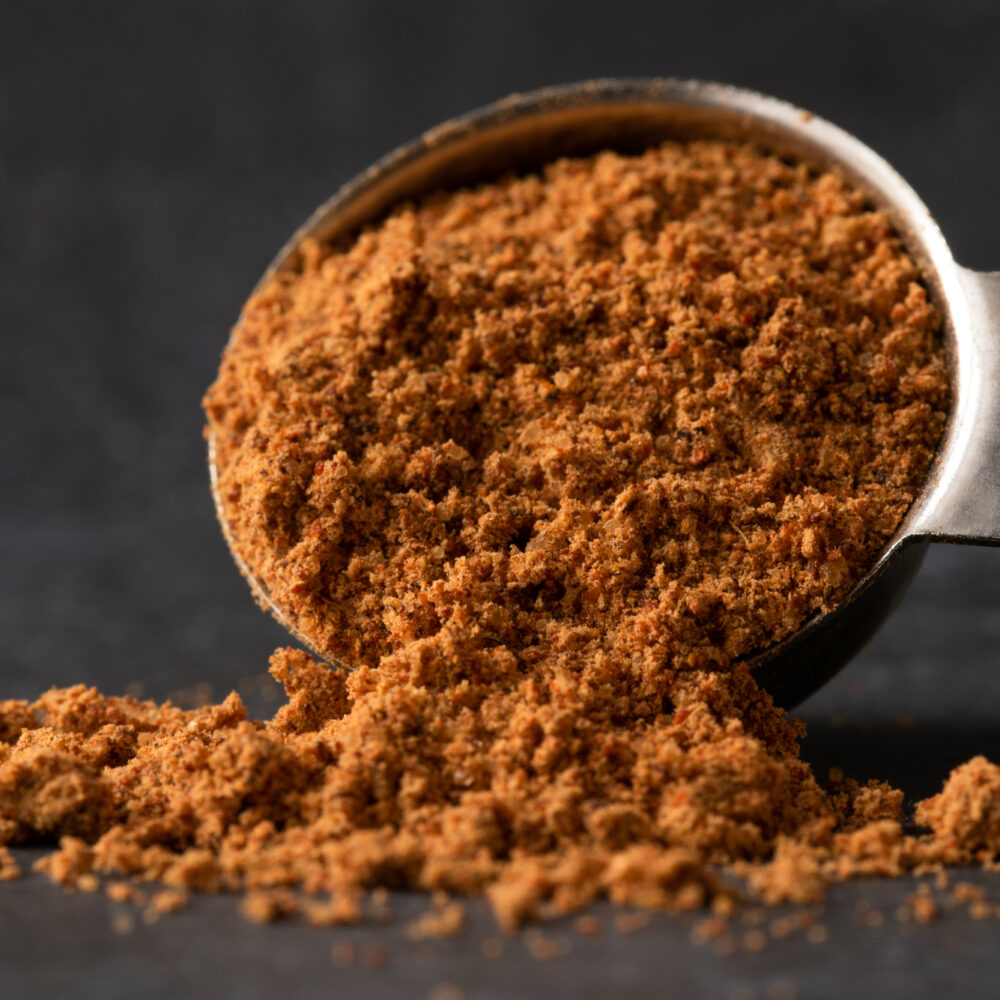 If you’re curious which taco seasoning brands are gluten free – and which are not – you’ve come to the right place. I share what each brand says about its taco seasoning mix, and I’ve tested several brands for hidden gluten too. This post may contain affiliate links. Please see my disclosures.

If you’re following a gluten-free diet, you know gluten, a protein found in wheat, rye, barley, and sometimes oats, is hidden in many products, even products that seem like they should be gluten free.

I researched the leading brands’ taco seasoning mixes to determine which are gluten free and safe for people with celiac disease and gluten sensitivities to consume. If there’s a taco seasoning mix I’ve left off this list, please drop me a line or leave a comment below.

Yes, Durkee Taco Seasoning is gluten free, according to the company. Durkee says its taco seasoning is made of a “gluten-free blend of mild spices and herbs.”

If you’re following a gluten-free diet, I recommend only using the gluten-free-labeled taco seasoning mix because McCormick says, “If any product has a gluten free claim, the product and the manufacturing line has been validated gluten free.”

However, in a pinch, you might be tempted to purchase the Original Taco seasoning mix, after all, it doesn’t appear to contain any gluten-y ingredients. Plus, McCormick says it will “always declare” gluten containing grains – including barley, rye, oats, spelt, triticale and kamut – on its ingredient labels and that these ingredients “will never be hidden under the notations of “spices” or “natural flavors”.

Given this information, I decided to test the Original Taco Seasoning Mix with my Nima Sensor, a portable gluten-detecting device, and found the results a bit disappointing because Nima found gluten.

Please keep in mind that, the line on the back of a Nima Sensor capsule is faint, potentially meaning Nima only found a very trace amount of gluten, which could be caused by cross contamination at the manufacturing facility.

Also keep in mind, as noted in my article about gluten-free spices, cumin sometimes triggers a “gluten found” message with Nima.

Old El Paso says on its website that it makes no obligatory allergy disclosure claims on its label, noting that it does not contain any of the eight top allergens – milk, egg, fish, crustacean shellfish, tree nuts, wheat, peanuts and soybeans – required to be disclosed per the Food Allergen Labeling and Consumer Protection Act (FALCPA).

The packaging is not labeled gluten free, and it contains some ingredients that are questionable – like maltodextrin and natural flavors.

I independently tested the seasoning mix with my Nima Sensor, and Nima didn’t find any hidden gluten. (A smiley face means no gluten found.)

The Ortega taco seasoning mix contains yeast extract, which is an ingredient made from spent brewer’s yeast, a byproduct of the beer-making process. It typically contains gluten.

Because the brand does not label its taco seasoning mixes as gluten free, this mix should be avoided by anyone following a gluten-free diet.

However, avoid the non-GF labeled Pioneer Taco Seasoning Mix, as it clearly discloses on its label that it contains wheat.

It appears that Walmart is the only retailer that carries the gluten-free version of the Pioneer taco seasoning mix near me. Use the Pioneer Store Locator to find out if the GF version is available at a store near you or order it online.

Yes it is! In fact, Spice Island makes a large container of its premium taco seasoning mix, and the container is clearly labeled gluten free.

Find Spice Island Premium Taco Seasoning on Amazon – this is perfect for anyone who enjoys taco night at least once a week!

Trader Joe’s Taco Seasoning Mix is not labeled gluten free, so there is an inherent risk that non-GF labeled products at Trader Joe’s could contain gluten. However, the mix doesn’t contain any gluten-y ingredients, and it tested a-okay when put to the Nima Sensor test.

The best way to ensure your taco seasoning mix is gluten free is to make your own.

And making homemade taco seasoning mix is easy to do, as long as you purchase safe, gluten-free spices. (See my article, A Complete List of Gluten-Free Spices).

To make a homemade gluten-free taco seasoning mix, combine the following ingredients in a small bowl:

You can store the mixture in an airtight container (used glass spice jars) or a zip-top bag.

After you brown 1-2 lbs of ground meat, you’ll add 2-3 tablespoons of the mixture, to taste, along with 1 cup of water or chicken broth. Bring the mixture to a boil, then simmer for 5 minutes to allow all the flavors to meld together and the water or broth to cook off. Add more seasoning and/or liquid, if needed.

For an even better taco mix, add 1/2 cup of salsa to your cooked and seasoned taco meat. It elevates the flavor and makes your taco meat even more flavorful.