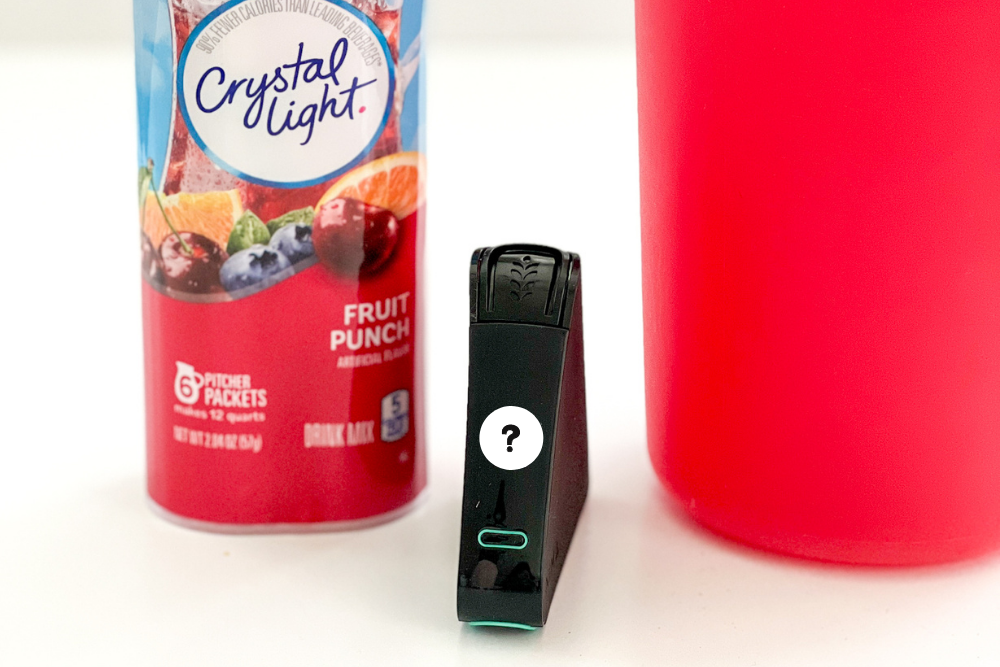 Are you curious to know if Crystal Light is gluten free? In this article, I discuss the confusion round Crystal Light and show you how the beverage fared when put to the Nima Sensor test. This post may contain affiliate links. Please see my disclosures.

A few weeks ago, someone in a gluten-free Facebook group posted that their Nima Sensor found gluten, a protein found in wheat, rye, barley and sometimes oats, in Crystal Light.

This post had me scratching my head because I thought Crystal Light was labeled gluten free (it is). But could Crystal Light contain hidden gluten?

I decided to do a little more research – and an independent Nima Sensor test – to get to the bottom of this.

A Nima Sensor is a portable gluten-detecting device that enables you to test your food for hidden gluten. You simply put a small sample of food or beverage into the single use test capsule, and in about 2-3 minutes, the device will tell you if it finds any gluten, even levels below 20 parts per million (its accuracy is highly criticized, be forewarned).

For all intents and purposes, if a package of Crystal Light is labeled “gluten free”, it’s safe for those following a strict gluten-free diet to consume. Why?

That said, keep in mind that there are questionable ingredients in Crystal Light that make most people with celiac disease and gluten sensitivities take pause. These ingredients include:

In the case of Crystal Light, because it’s labeled gluten free, it’s highly unlikely gluten would be lurking in any of those questionable ingredients.

(3) I Independently Tested It

Third, I indepently tested Crystal Light for hidden gluten using my Nima Sensor. I wanted to see if I could replicate the gluten-positive Nima Sensor test posted by another Nima user online.

As you can see, my Nima Sensor came back with a smiley face, which means not gluten found. It displays a wheat symbol and “Gluten Found” message when it finds gluten.

A Few Thoughts Before You Drink Crystal Light

While I can’t say for sure why the person in my Facebook support group found gluten in Crystal Light, there are a few theories:

(2) The Nima Sensor has a few well-known limitations that I believe could have caused an incorrect test.

Please note that I first prepared the Crystal Light packet as instructed, and then I tested the liquid in my Nima Sensor. I did it this way in an effort to avoid any issues associated with testing brightly-colored foods.

(3) It’s always possible that Crystal Light contains trace amounts of gluten, or that some Crystal Light varieties are not labeled gluten free. Remember, Nima is highly accurate and often detects gluten at levels below 20 ppm, giving the impression that a product may contain unsafe levels of gluten, when in reality it contains something like 15 ppm of gluten, which the FDA deems safe. (Please note that I’m not sure if my gut deems 15 ppm of gluten safe, but that rant is for another post, at another time.)

Can You Safely Drink Crystal Light?

Bottom line, if the packaging is labeled gluten free, you can safely consume the product on a gluten-free diet.

Before you go, please take a moment to sbuscrube to my newsletter. I send a weekly gluten test to subscribers only, along with current information, new products and restaurants, and recipes too.