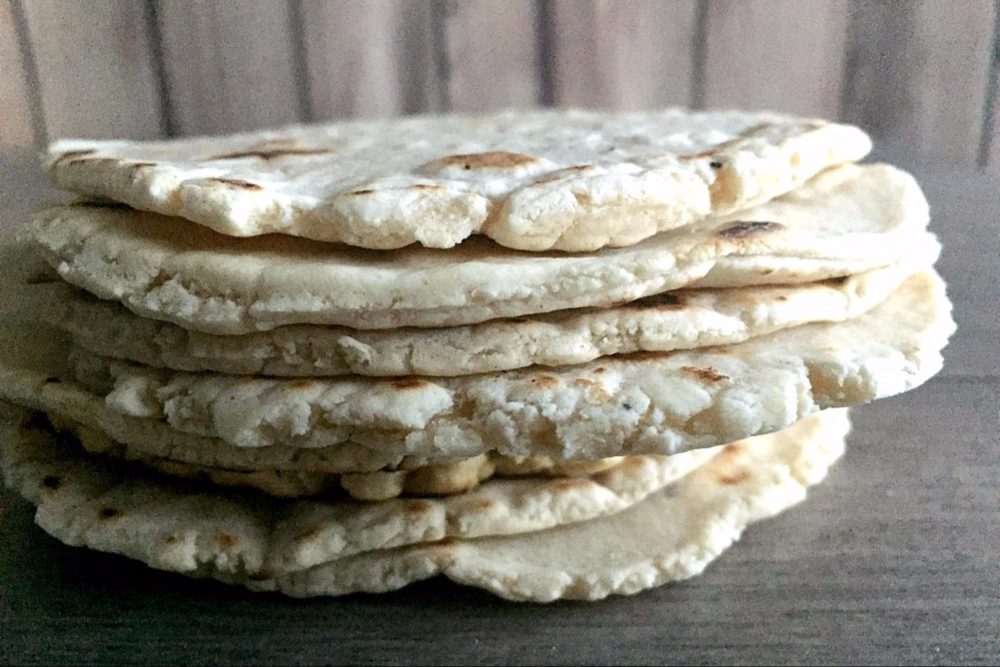 As I was perusing the aisles of the grocery store, I spotted Otto’s Cassava Flour. I hadn’t heard of cassava flour before, but noticed it was gluten-free and paleo, so I put it in my grocery cart and promised myself I’d figure out what to make with it… eventually.

When I got home, I began to eye the bag of cassava flour and wonder what I should make. That’s when I noticed a recipe for cassava flour tortillas on the back of the bag. This sounded wonderful! I love Mexican food but really dislike corn tortillas. They are dry and they break when you fold them.

I was so surprised at how easy this recipe for cassava flour tortillas was to follow. I simply added cassava flour, a little salt, olive oil and warm water, and within a minute of mixing it all together with my hands, I had a beautiful, pliable tortilla dough to work with.

My first batch of tortillas tasted amazing, but they were not as beautiful. That’s because I rolled them out by hand. Trying to get the cassava flour tortillas to roll out in a perfect circle is an impossible task. 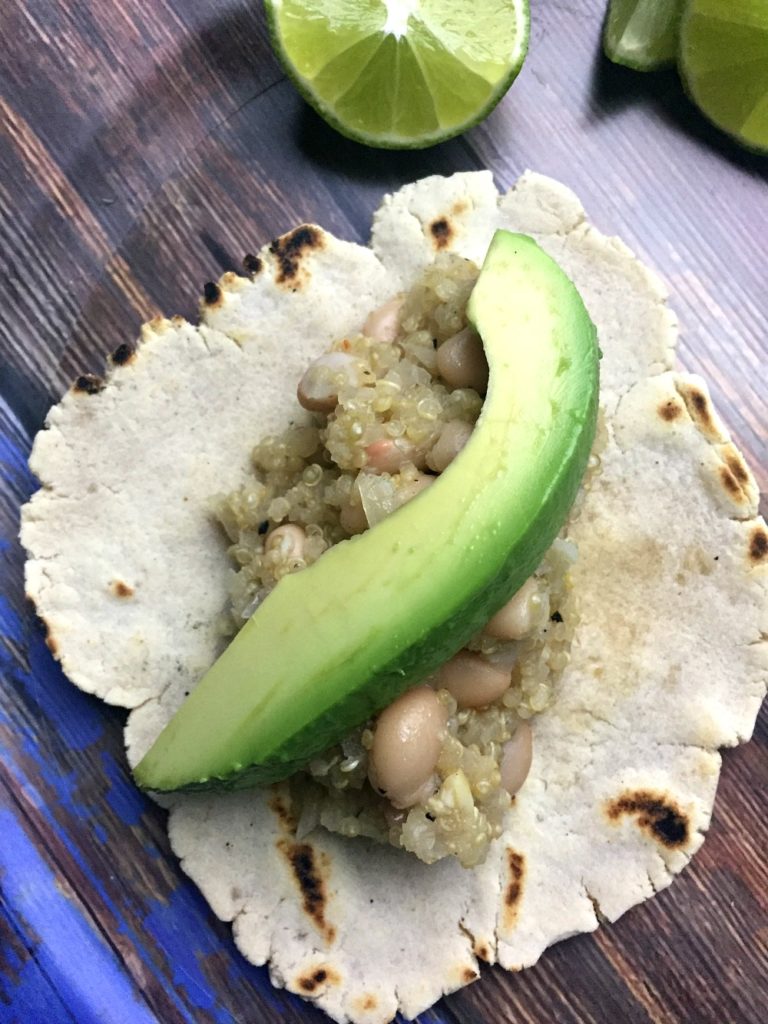 For my next foray into making cassava flour tortillas, I purchased this tortilla press on Amazon. I added each dough ball into the press and then had perfectly round tortillas to work with. Brilliant! These are much prettier! 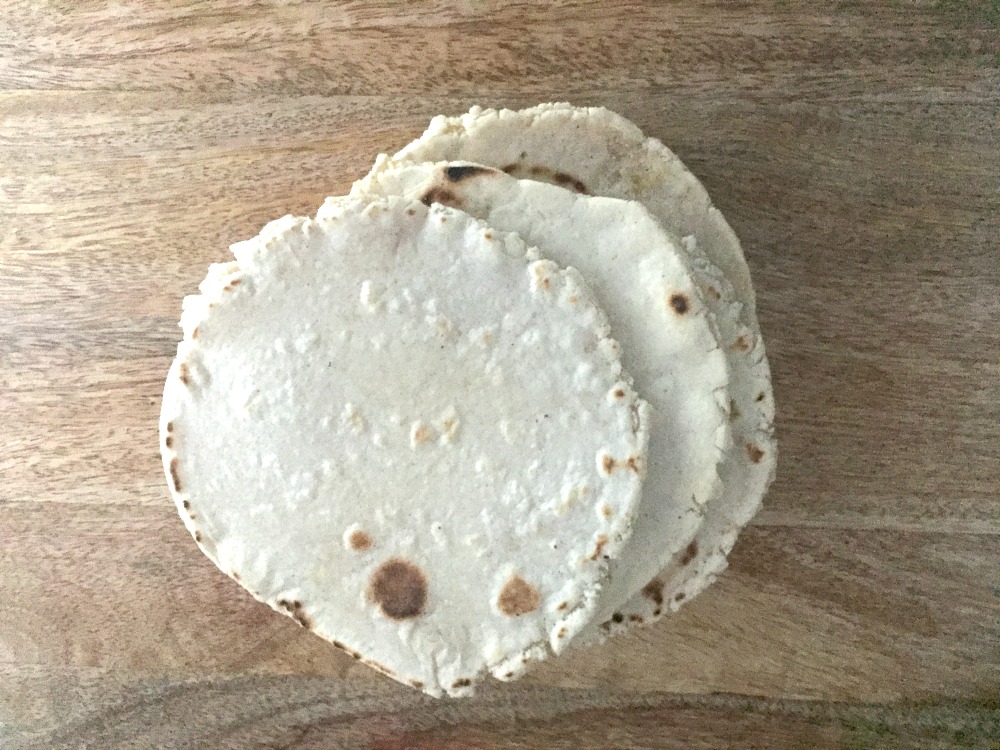 I also found this great video from a blogger called Fork and Beans, where she shares exactly how she made these cassava flour tortillas with Otto’s Cassava Flour.

What is Cassava Flour?

Cassava is an edible starchy tuberous root and is a good source of food carbohydrates in the tropics. Cassava is one of the most drought-tolerant crops in the world. Tapioca flour is the extracted starch from the cassava root, but cassava flour is the entire ground up root . (Source: Wikipedia)

How To Cook with Cassava Flour

Here’s the kicker, cassava flour can be used as a 1-to-1 substitute for wheat flour in most recipes (except yeast-based recipes). That is crazy! I am going to test a few of my recipes to see how they work with cassava flour instead of my gluten-free flour. I will keep you (my readers) posted on future cassava flour recipes I try and develop.

In the meantime, Otto’s Cassava Flour has posted several cassava flour recipes for you to try. I’m a bit biased, however, and think the first recipe you should try is the cassava flour tortillas recipe on the back of the bag. It’s so easy to make and will make you a believer in this awesome gluten-free and paleo-friendly flour in no time! 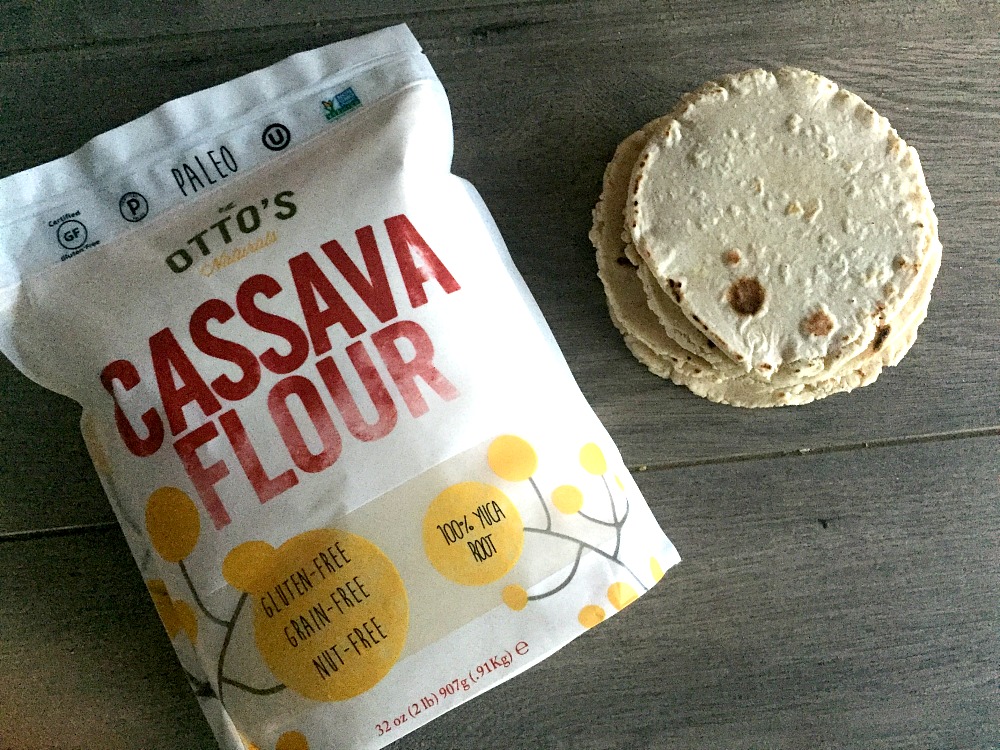 I hope you enjoy making this recipe as much as I do. You can purchase Otto’s Cassava Flour on Amazon.com to get started on your own delicious gluten-free, grain-free and paleo creations! 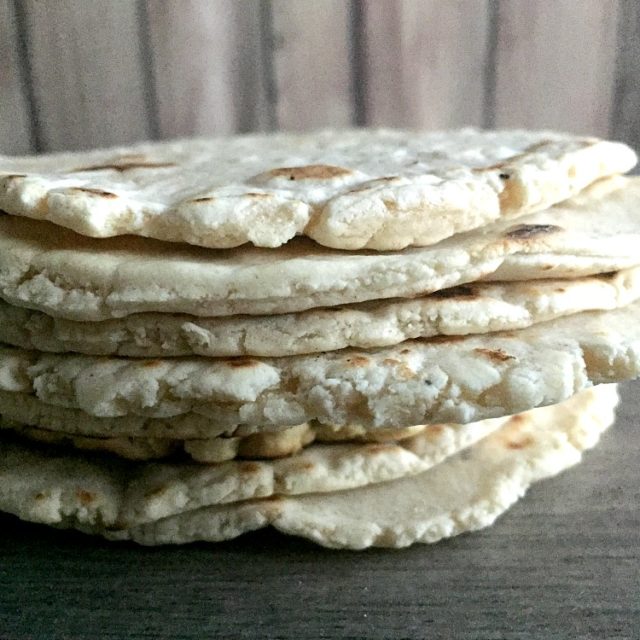