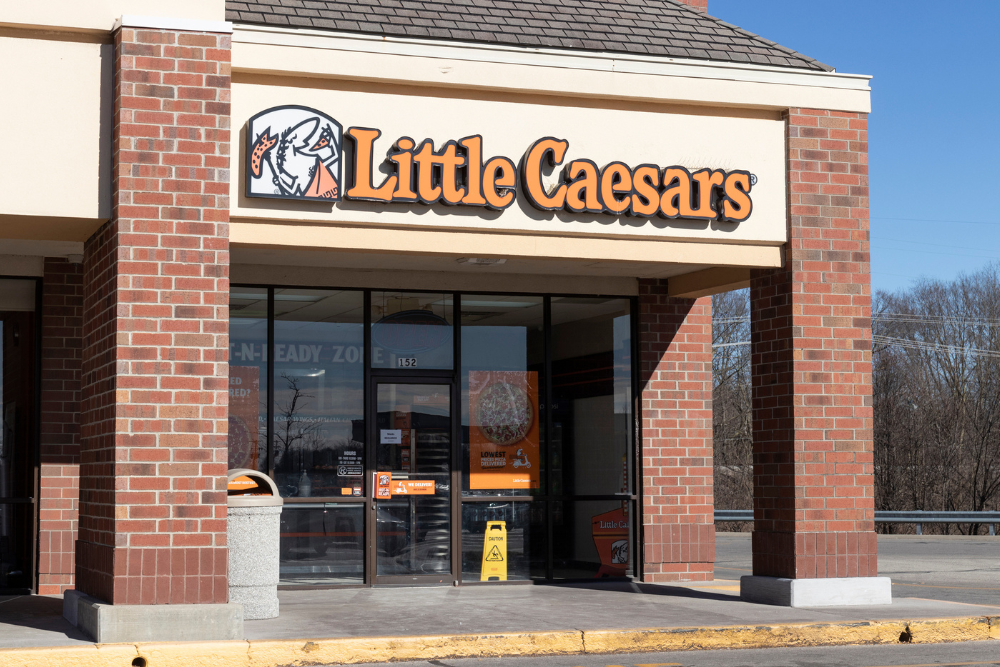 In January 2023, Little Caesars began testing gluten-free pizza in Colorado, making it the last of the big five pizza restaurants to launch a gluten-free option.

I suspect that should the test go well in Colorado, Little Caesars will launch its gluten-free pizza option in other cities nationwide.

Since I’m in Colorado, I can see a gluten-free crust option on the company’s online ordering system. The square-shaped, deep-dish gluten-free pepperoni pizza is listed for $8.99, and you can also select the gluten-free crust to build your own pizza.

As I began to order a gluten-free pizza online, a pop-up appeared that said, in a nutshell, that Little Caesars’ gluten-free pizza, like its predecessors, isn’t suitable for people with celiac disease. In this common genetic disorder, gluten, a protein found in wheat, rye, barley, and sometimes oats, triggers the immune system to mistakenly attack the tissue surrounding the small intestine.

It says, “We proudly make our wheat-based pizza dough fresh daily in each of our Little Caesars kitchens and are happy to now offer a gluten-free crust that does not contain wheat, rye, or barley. Since all of our fresh dough products are made in the same kitchen, there is potential for gluten exposure. Therefore, we do not recommend this pizza crust for customers with celiac disease.”

I called a local restaurant to glean what information I could about how the gluten-free pizza would be prepared inside the restaurant. The person working at one of the Colorado-based Little Caesars told me the pizza is cooked inside a deep-dish pan. He said they’re the same pans for cooking both regular and gluten-free deep-dish pizzas.

He said he hadn’t received special training on preparing a gluten-free pizza and confirmed that everything is prepared in a shared prep area.

At first, I was tempted to order the pizza and test it for hidden gluten with my Nima Sensor, but I didn’t feel it would be safe for me, so I couldn’t bring myself to order it.

I also inspected Little Caesars’ menu for other potential gluten-free options. According to the nutrition guide, the wings and dips don’t contain wheat; however, people with celiac disease and gluten intolerance should avoid the wings.

While the wings are baked, not fried, they’re baked in a shared oven alongside the pizzas, where gluten cross-contamination is high. I also understand that some Little Caesars restaurants offer breaded boneless wings, posing another cross-contamination threat.

If you want wings, I recommend making them yourself or finding a restaurant that specializes in gluten-free wings, like WingWok in Denver. (Remember, Wingstop wings are NOT gluten free.)

Be sure to read Restaurants that Don’t Recommend their Gluten-Free Pizza for People with Celiac Disease for more details on how other pizza restaurants fail to properly produce a gluten-free pizza.