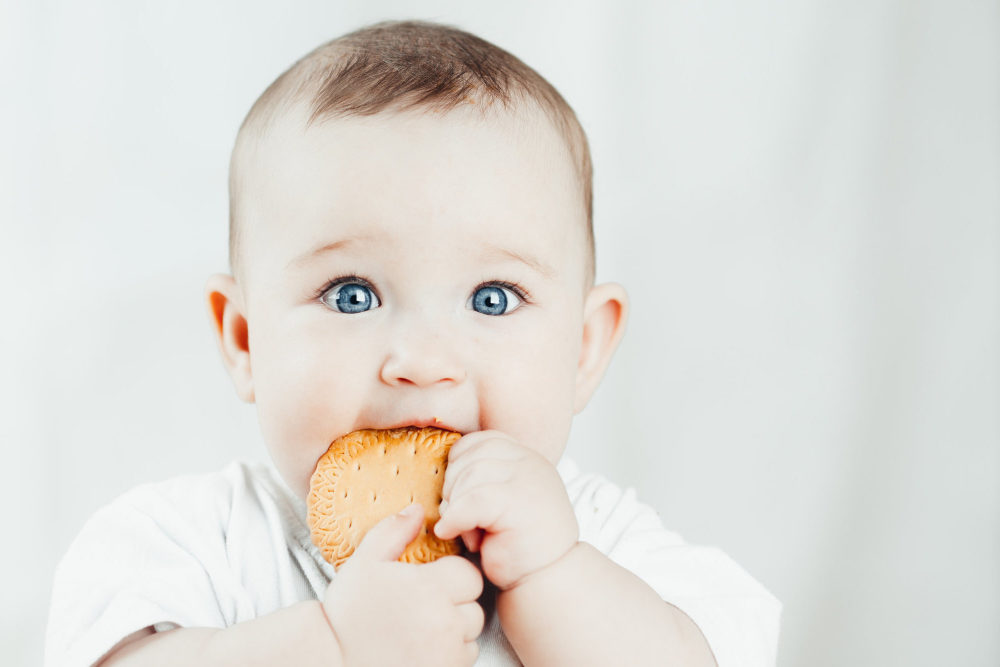 In this article, I discuss celiac disease in babies and if babies are at risk for the autoimmune condition. This post should not be construed as medical advice. Please consult your doctor and/or health care provider. Please read my disclosures and disclaimers.

Is the amount of gluten intake during the first five years of life associated with the risk of celiac disease in at-risk children? Researchers say it just might be.

Researchers found that children who ate higher amounts of gluten during the first five years of their lives had an increased risk for developing celiac disease. These results were published in the Journal of American Medicine on August 13, 2019.

Celiac disease is an autoimmune disease. When someone with celiac disease consumes gluten, a grain found primarily in wheat, barley, rye, and sometimes oats, their immune system launches an attack of the healthy tissue of the small intestine. The small intestine is essential for nutrient distribution and absorption.

Between 2004 and 2010, researchers enrolled 8,676 newborns from six clinical centers in Finland, Germany, Sweden, and the United States. All study participants carried HLA antigen genotypes (DQ2 or DQ8) and were considered “predisposed” to celiac disease.

Researchers screened each child annually for celiac disease with tissue transglutaminase autoantibodies starting at the age of two. They measured gluten intake based on three-day food records collected at ages six, nine, and 12 months, and then biannually thereafter until the age of five years.

Most of the diagnoses came between the ages of two and three, and daily gluten intake was associated with higher risk of celiac disease autoimmunity for every additional gram of gluten consumed. Read the full study.

What this Means for You?

If your child is predisposed to celiac disease, which means he or she carries one of the HLA genes or the infant has a first-degree relative with celiac disease, you may be wondering if you should have your baby follow a gluten-free diet.

I cannot say for sure because (a) I’m not a doctor, and (b) this research is so new.

However, if your child is predisposed to celiac disease, it certainly couldn’t hurt to limit his or her gluten consumption.