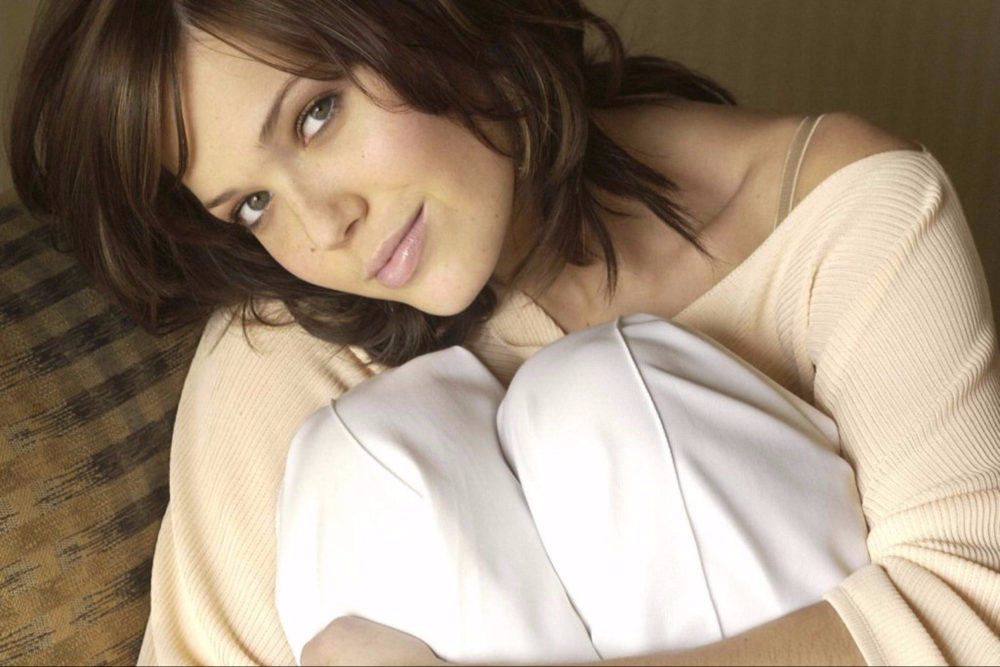 While This Is Us star, Mandy Moore, hadn’t revealed implicitly that she has celiac disease, all signs, at one time, pointed to yes. However, that all changed when the star revealed that she has “a silly gluten intolerance” along with various food sensitivities, not celiac disease.

Celiac disease is an autoimmune disease where the body’s immune system attacks the small intestine every time someone with the disorder eats gluten. Gluten is a protein found in wheat, rye and barley, as well as derivatives of these grains. (Read: What Is Gluten?)

The reason the Internet was abuzz with the “does Mandy Moore have celiac disease” question is because, on Instagram on October 2017, Moore posted this image that says, “Grog city. Just had an upper endoscopy to officially see whether or not I have celiac (only way to officially diagnose)…things are looking [OK emoji]).” 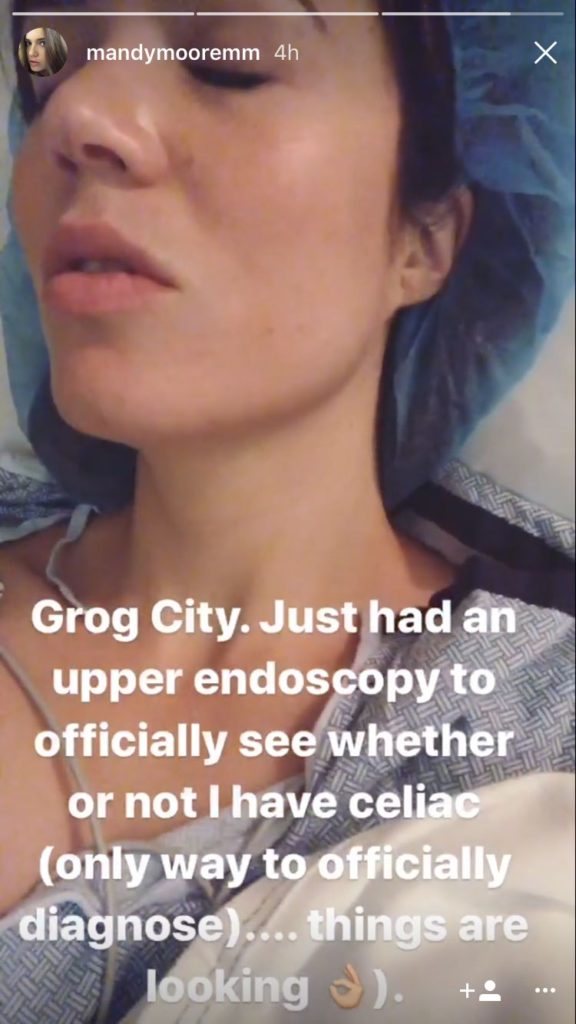 Months earlier, Moore revealed in an Instagram story that hinted she had been diagnosed with celiac disease – most likely from a blood test although the details aren’t clear from her post. 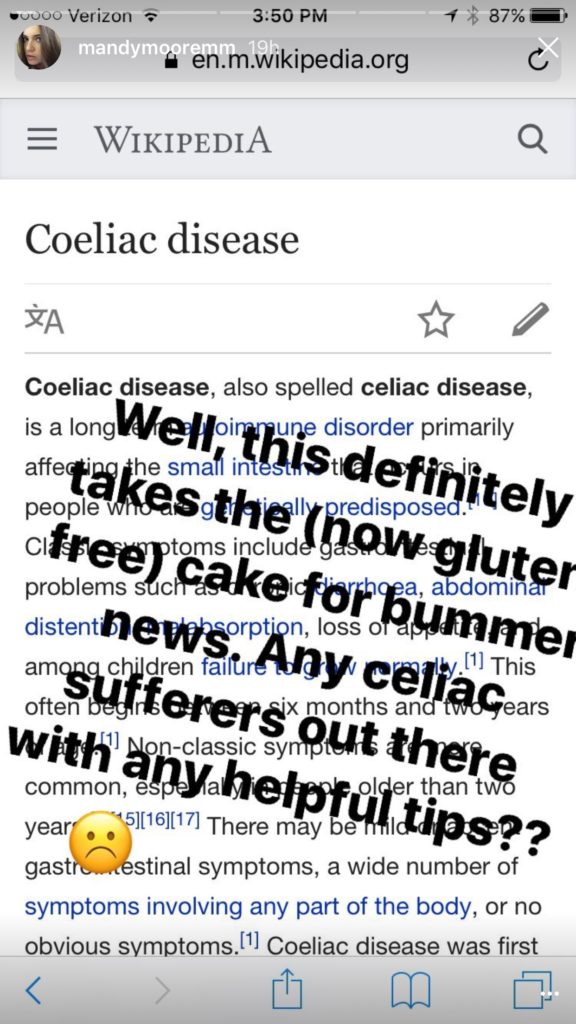 The Internet is speculating that Moore received an inconclusive blood test come in July, and then did the endoscopy procedure, where the small intestine is examined and biopsied, in October as further testing.

After Moore set the rumor mill into full force, she later confirmed that she doesn’t have celiac disease after all.

In this July 2018 article in Bon Appetite, Moore says she has “that silly gluten intolerance” and even admits to still eating gluten on occasion.

On 2019, WebMD featured Moore, and in the article she confirms she doesn’t have celiac disease after all. She told WebMD she came to this conclusion after doing extensive blood work and having both an upper endoscopy and colonoscopy.

She said she knows it’s not celiac disease, but she says she still isn’t sure what is causing her symptoms of bloating, gas and lethargy. “The only thing that’s helped is a food sensitivity panel,” she told WebMD.

Even if Moore a gluten intolerance and not celiac disease as once suspected, gluten is still off the table for the celebrity. Gluten intolerance, or non-celiac gluten sensitivity, isn’t widely research nor understood, but those with the disorder should not mistake lack of research for lack of disorder.

Other Celebrities on the Gluten Spectrum