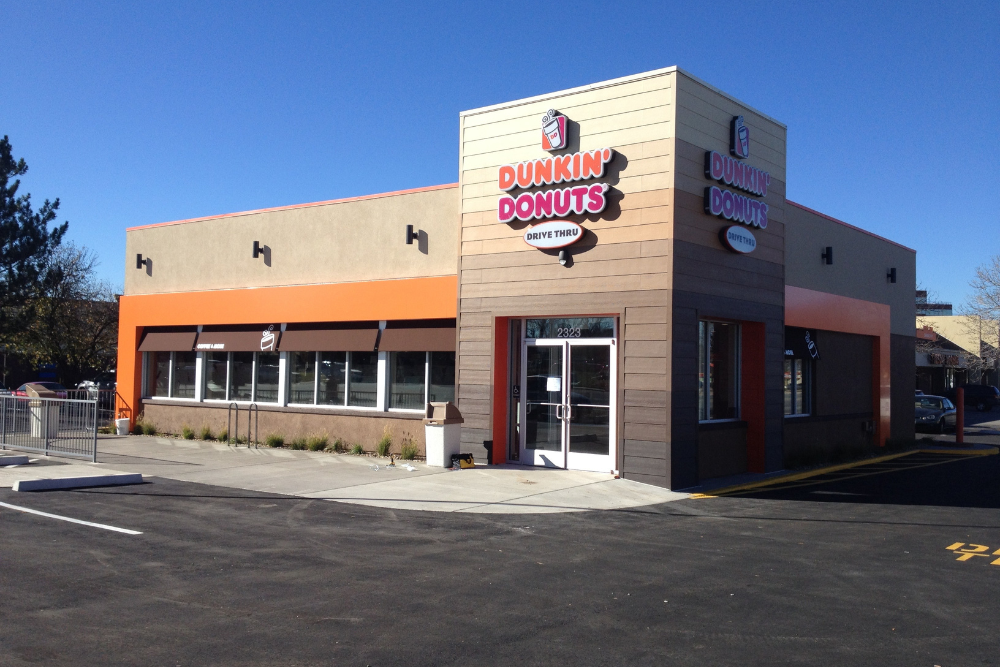 I’m often asked if Dunkin Donuts has any plans to offer gluten-free donuts. I will share what I know in this article and update you when more information is available. Please see my disclosures.

A few weeks ago I found an exciting Google Alert in my inbox which lead me to an article about gluten-free donuts at Dunkin Donuts. I hurriedly clicked on the link to read the article, before realizing that the article was from 2012!

I’m not sure why Google decided to alert me 10 years too late about the article, but alas, the article got me questions if Dunkin offered gluten-free donuts in 2022.

Unfortunately, Dunkin discontinued the bakery items not too long after they launched, and I cannot find any information online about why and when this happened.

I raced into Dunkin to try the fudge brownie and even tested it for hidden gluten with my Nima Sensor, a portable gluten-detecting device. Nima smiled, which meant it didn’t find any gluten.

Unfortunately, Dunkin again discontinued this gluten-free bakery item with little notice or reason. I found this Tweet from the company from January 19, 2019 that says the gluten-free brownie was only meant to be a limited time offer while supplies last.

As of July 2022, Dunkin does not offer any gluten-free bakery items. But based on the company’s track record, I have a hunch it’s not done experimenting in the gluten-free space.

Does Dunkin have a Gluten-Free Menu?

Unfortunately, Dunkin offers very few gluten-free food items. I’d like to debunk a few Internet myths about what food is and isn’t safe at Dunkin:

Hash Browns: A few articles have said you could eat the hash browns, but I would avoid them due to the potential of cross contamination, as I’m unsure of how they’re cooked/fried. Could it be a shared fryer? I’m not willing to take that risk on mediocre hash browns.

Oatmeal: Also, some articles say you can eat Dunkin’s oatmeal, but if you’re a smart gluten-free consumer, you know oatmeal typically contains gluten via cross contamination, and the only safe oats are the ones labeled “gluten free.” Read more about why oats are not always gluten free in this article. Plus, you can’t believe everything you read on the Internet, can you? 😉

Omelet Bites: Dunkin also offers omelet bites, which according to Dunkin’s allergen PDF, do not contain gluten. They are your safest bet, albeit there is still the potential for cross contamination.

Donuts: Donuts, along with sandwiches, wraps and croissants, are off limits. There are no gluten-free bakery or bread options. Most of these items not only contain wheat flour, but also they contain malted barley. Gluten is found in wheat, rye, barley and sometimes oats, so the fact that it contains both wheat flour and malted barley is a double whammy in my book!

While most – if not all – food is off limits at Dunkin depending on your level of gluten-free observance, you can still enjoy many of the beverages at Dunkin Donuts, albeit there is always a risk of cross contamination in a facility where donuts (aka gluten) rule the land.

You can enjoy the coffees, iced beverages and espresso drinks. Plus, Dunkin fortunately uses Planet Oat oat milk (verify at each location), which is gluten free. A gluten-free oat milk will ensure less risk of gluten cross contamination when enjoying any of the espresso drinks. (Read: Is Oat Milk Gluten Free? The Answer is Yes and No.)

To check a specific beverages for gluten, as some syrups and add-ins could contain gluten, visit the Dunkin website and click on the Allergens / Ingredients PDF and search for your beverage of choice.