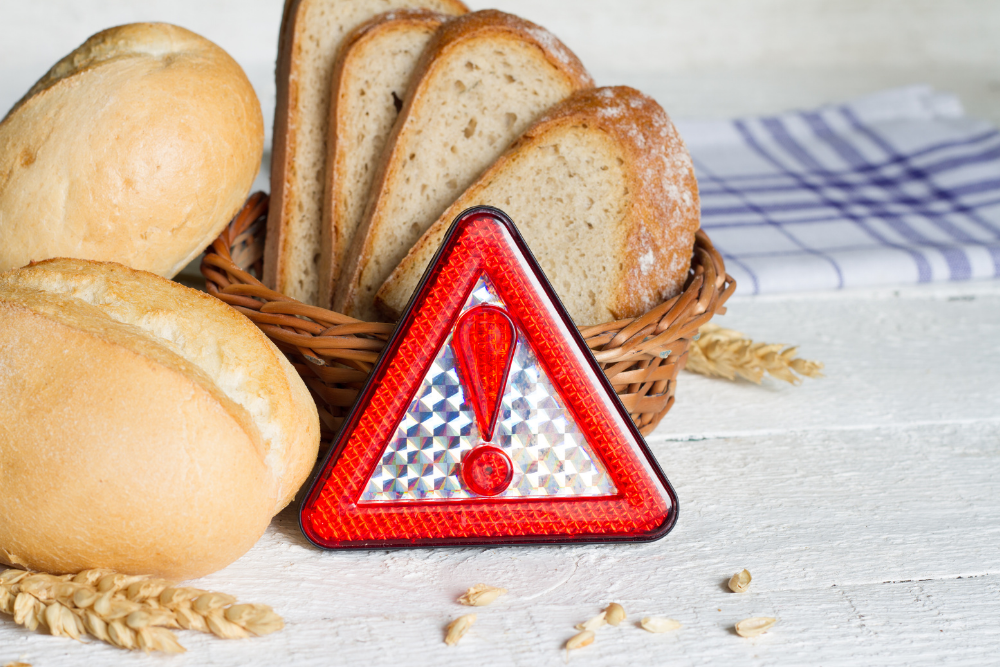 This post is about the ALLIS Sensor, a portable gluten-detecting device that reveals if a food item contains gluten and how much. I updated this post on June 7, 2022 to express my concerns about this company. This post contains affiliate links. Please see my disclosures.

The ALLIS Sensor is a portable gluten-detecting device that promises to allow you to check you food for hidden gluten.

For many years, I used the Nima Sensor gluten detecting device to do this exact job. The Nima Sensor helped me manage the anxiety I felt on a daily basis when it came to food.

In July 2021, I received an email from ALLIS Sensor announcing that the Sensor is now available for pre-orders. I, of course, ordered one. We were promised an ALLIS Sensor by November 2021, but the company told me I would be getting a beta ALLIS Sensor to play with so I could offer the company valuable feedback. I was thrilled to be able to do this.

Come December 2021, I still had no beta nor my pre-ordered ALLIS Sensor. I reached out to the owner, Linda Sun, and here is what she told me:

“As communicated earlier, we were forced to redesign the electronics of the ALLIS sensor with alternate components due to IC shortages. Since ALLIS is designed to be a highly sensitive and accurate food allergen measuring device, therefore, we need to re-run all tests when we change any components on the board.

These tests unfortunately, are tedious and time consuming. Due to this delay, we are unable to make ALLIS deliveries before the end of the year as originally planned. Therefore, we will be issuing refunds to you first. There should not be anything you need to do on your part.

Refunds will be issued to the credit card you used for the original purchase. If you do not see the credit in your account in the next 3-6 weeks, please let us know. We estimate 3-6 weeks because every credit card company varies in its processing time. We will however process all refunds through Shopify immediately.

We thank you again for your early support to ALLIS!  Our team will continue to provide development updates of ALLIS.  Please support us by being tuned in to our emails!”

As I update this article yet again, now in June 2022, I have no ALLIS Sensor, no refund (the company took off with my $209.15), and no communication from the company.

How the ALLIS Sensor (was supposed to) Work

You need a smartphone to use the ALLIS Sensor as it pairs with the Sensor and delivers your result via the app.

Did You Know? The word “allis” is a combination of two words: “allergen” and “analysis.”

Please note I wrote the following information prior to ALLIS Sensor going out of business. Without ALLIS in existence, it’s actually quite pointless to compare it to Nima Sensor, which has emerged from the ashes and has continued to serve and rebuild its trust with the gluten-free community.

The ALLIS Sensor promised to operate similarly to Nima Sensor. Just like Nima Sensor, ALLIS Sensor requires the use of expensive single-use test capsules/cartridges to test each food item.

However, unlike the Nima Sensor, the ALLIS Sensor promised to not only reveal if your food contains gluten, but also reveal HOW much gluten it contains. In fact, the ALLIS Sensor said it would say exactly how many parts per million (PPM) of gluten it found in the food item, allowing you to make a more educated decision about whether or not to enjoy that food.

Knowing the ppm of gluten in each food item allows ALLIS users to make an educated decision about whether or not they can eat an item. For example, someone may choose to eat an item that contains 6 ppm, but may pass on something that contains 16 ppm.

The Nima Sensor has been widely criticized for being “too accurate” as a user won’t know if a positive gluten test means it found 4 ppm or 19 ppm of gluten.

Another benefit of the ALLIS Sensor is that it was supposed to be able to test non-edible items for hidden gluten too, including shampoos, lotions, makeup, and other personal products. The Nima Sensor has not been validated for testing on non-food items.

According to the ALLIS website, the cartridge would have contained an antibody biochemical test that detects, extracts, and isolates proteins inside the food.

The liquid in each cartridge immediately breaks apart the proteins in the food sample, allowing the Sensor to examine whether any antibodies attach to the proteins, thereby detecting any allergens inside the food.

While the cartridge does the heavy lifting in breaking down the food, the Sensor quantifies the exact amount of allergens present (parts per million). The Sensor then uses AI algorithms to reveal the test result on its mobile phone app.

Where to Buy an ALLIS Sensor

The ALLIS Sensor is defunct due to a combination of supply chain issues and poor management. The company is not selling any devices whatsoever, and a large percentage of the people who preordered an ALLIS Sensor in July 2021 was never refunded for their purchase (including me).

Therefore, I recommend you do not do business with this company now or in the future.

13 Things to Know About the Nima Sensor